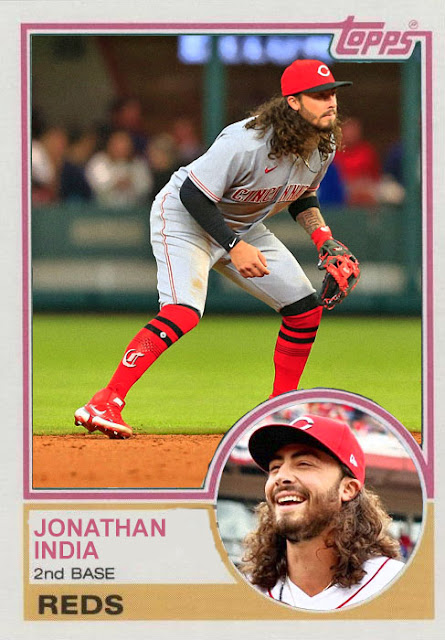 I think the Reds this year have been 'the team where everybody gets injured at once' for the NL. And the AL version of that is the Rays, but they're still making the playoffs. So if the Reds aren't competing and most of the team is injured, that's, uh...even worse.

You know, I think the most unfortunate injury-prone team to come across, and there's one every year or so, is the kind of injury prone team where somebody gets hurt the second they start playing well. And that's obviously how you'd best describe the Reds rotation. Because at certain points, all of Nick Lodolo, Connor Overton, Graham Ashcraft, Hunter Greene, Justin Dunn and Vladimir Gutierrez have all figured something out or had a nice start, and then immediately landed on the IL. Greene, Lodolo and Overton are all back now, but they were gone for large chunks of the season, and it left the Reds in the hands of people like Mike Minor and Jeff Hoffman.

And then you see all the real pieces of veteran guidance on this Reds team just immediately getting hurt. Jonathan India may be back now but he was away for most of the year, which has given a very disappointing sophomore effort, one where he's only hitting .249. Joey Votto, Nick Senzel, Tyler Stephenson and Mike Moustakas are all out. Really, the most reliable veteran on this team is Kyle Farmer, and THAT's not good. Even if you do have people like Aristedes Aquino, Jake Fraley, Donovan Solano and T.J. Friedl creeping up and inheriting this team, there's SO MANY holes, and so many replacement pieces that even if everybody's healthy for 2023, it's gonna be hard to really decide who's the best choice for many positions considering the incomplete 2022 numbers.

It is obvious that the Reds are probably gonna tank for a few more years and let the pitching do the talking for a while, but even if they're bringing up decent hitting prospects, it's still gonna be very difficult for them to not lose 100 games next year. They already tried big prospect Spencer Steer and he's only hitting .220. Chuckie Robinson's a potential future catching option and he's not hitting. Alejo Lopez is hitting .295 but isn't a great defender. The only real rookie type that's making much headway in the lineup is Stuart Fairchild, and that's almost inexplicable seeing that he was cup-of-coffee-ing himself through the league earlier this year.

While I do think that Hunter Greene, Nick Lodolo, Graham Ashcraft and Connor Overton could keep this team safe through 6 for another few years, the Reds' future is contingent on the development of great hitters. And I'm not seeing many of those yet.

Coming Tomorrow- And speaking of prospects expected to inherit teams, a third-baseman who just came up in Arlington.