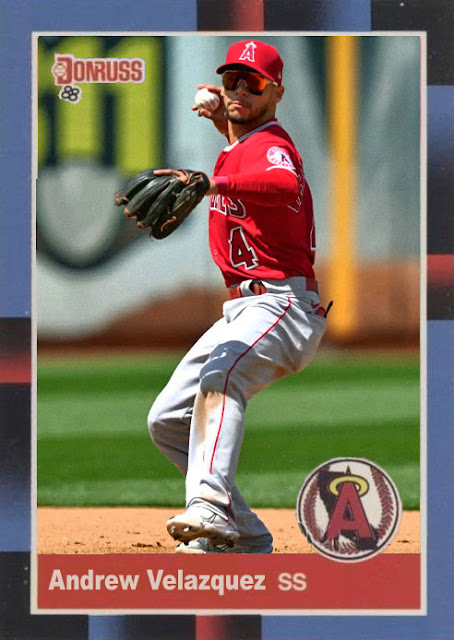 If they weren't here, Patrick Sandoval would be the Angel with the highest WAR, with 2.8. Sandoval is having a nice season, 3.02 ERA, 127 Ks. Not as dominant as he was in April, but good. Should be proud.

If they weren't here, more people would be hearing about Taylor Ward sustaining his May momentum to a degree. I don't think he's as good as he was at this team's peak, but he's gonna finish with around 20 homers and 50+ RBIs, which isn't bad.

If they weren't here it'd be easy to forget that the Angels weren't able to win with Joe Maddon, squandered another season of Anthony Rendon's contract, have yet to reap the benefits of club prospect Jo Adell, still can't get a healthy season out of Griffin Canning and traded Noah Syndergaard, Brandon Marsh and Raisel Iglesias in the midst of solid work for them.

If they weren't here it'd be easy to write off the Angels not making the playoffs once again, now grappling with the Rangers for third and struggling to have much of an identity down the stretch.

If they weren't here, nobody would go to games with the promise of great baseball only to see Mike Ford starting at 1st.

But Mike Trout and Shohei Ohtani are here. And it's a lot harder to watch this team be awful when Trout and Ohtani is doing so well. Trout is just heating up, he's catching up in the home run race [even with missed time], and Ohtani might chase Judge for the MVP. And they once again have no postseason appearances to show for it.

Coming Tomorrow- An all-star reliever for a team that's threatening to take third from a team that once was a competitor.