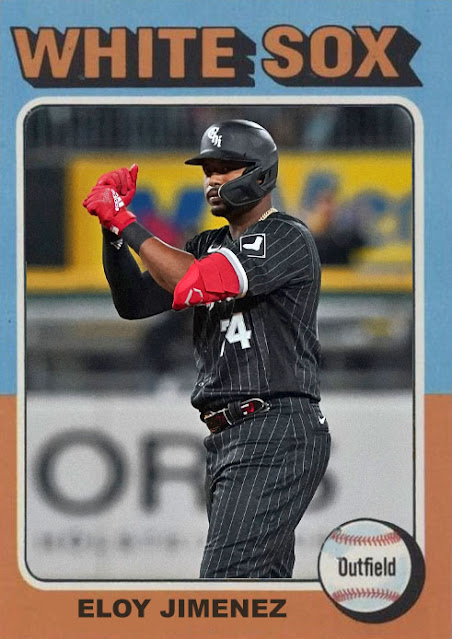 There is a four game deficit that separates the Guardians, who are doing well right now, from the White Sox. The White Sox are still looking like the underdog there, and don't have the greatest chance of making the playoffs. But the number isn't zero. Especially right now, where the White Sox have a pretty phenomenal lineup all-around, and are heading forward with them.

I think the best part of this lineup, which has Abreu, Jimenez, Robert, Vaughn and Moncada all performing well, is that everyone is healthy. For a while this thing would be like an old car, you go five miles down the road and something falls off, you fix it and something else falls off. Robert, Jimenez, Moncada, Grandal, all spent time on the IL this year. Tim Anderson's been out for a while. I think snagging Elvis Andrus, who was notoriously unhappy in Oakland, was the smartest idea this team's had all year, cause Andrus has been hitting beautifully since coming over, batting .321 with 35 hits and 21 RBIs in 26 games. And now they've got a full, consistent lineup again.

Even if they don't make it in, which is the likelier option, this White Sox team should be remembered for getting everyone on the same page by the end. Jimenez is hitting .310 with 13 homers, even in a shortened season. Robert had 56 RBIs in 95 games. Jose Abreu, more accustomed to leading the league in RBIs or homers, now leads the league in hits, perhaps because he wants to show Cooperstown voters in about 10 years that he was versatile. And Grandal can see Seby Zavala peering behind him for the catching position after blocking James McCann from it in 2020. With all the troubles this team had with the new regime, they're at least coming off strong at the moment.

And look, at the end of this season, the White Sox are gonna finish with Dylan Cease's best season, Johnny Cueto's best season in 6 years, a pretty strong Michael Kopech season, Lance Lynn still having a positive W/L ratio and 100+ strikeouts even in a shortened season, and Lucas Giolito at the very least making all of his starts. And they got 30+ saves out of Liam Hendriks. It's not a complete failure.

And something else to keep in mind? All this stretch stuff the White Sox are working on is being done without Tony LaRussa. He hasn't been around much lately. So maybe, uh...maybe this team could get a lot more done if he wasn't here. Has that occurred to ANYONE internally in this organization yet? Cause if not, we might be in for more seasons that end like this one.

Coming Tomorrow- A starting weapon for a team that's making it too damn close in a series with my team.