Scorn on the Cobb 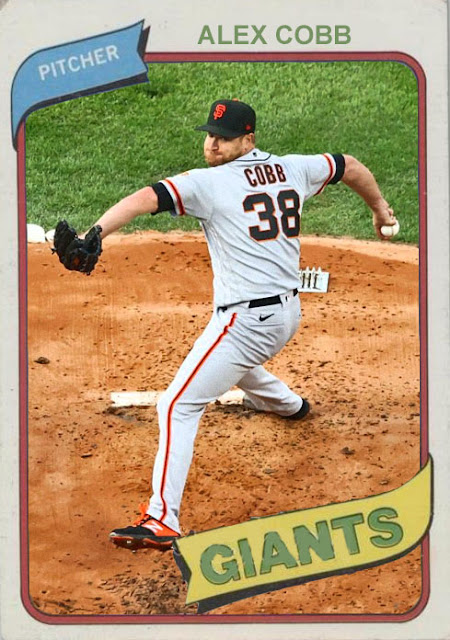 Remember last year when everybody was calling the Phillies fools for firing Gabe Kapler, and that he just needed the right team and environment to thrive?

Well...may have jumped the gun there.

Gabe Kapler is an excellent manager, don't get me wrong, but it's a lot easier for him to run great teams when the team actually shows up. When they were able to rally around Buster Posey, the team was tighter, and you could see where they were going. Without Posey, a lot how things were in 2020, Belt and Crawford aren't as effective, Wade and Bart can't perform well in the majors, and rookies like Luis Gonzalez and David Villar who could take off...refuse to. You take Posey out of the equation and things get really messy, no matter how Evan Longoria and Mike Yastrzemski try to add stability. And yes, Posey is now becoming a piece of ownership and is perhaps seeing if that can be the same as him being in the center of the lineup, but...the void is still there, and Joey Bart cannot seem to be able to fill it right now.

The only thing that has worked this year seems to have been the starting pitching. Carlos Rodon had another incredible season, striking out 220 and keeping a 2.84 ERA. Logan Webb is still insanely dominant, struck out 150 and kept a 3 ERA. Alex Cobb, though not to the caliber of those other two, had a pretty strong season as a lower-tier rotation man, with a 3.48 ERA and 136 strikeouts. Jakob Junis didn't start the season in the rotation, but has a 1.5 WAR and can eat innings. The fifth spot is a who's who of relievers and also-rans right now, but those four have stayed pretty tight [and with Alex Wood's help pre-injury], and the starting pitching hasn't been as problematic as the lineup.

I mean, the interesting thing about the Giants this year is that you read who has made appearances this year and it's a who's who of fringe baseball. Yermin Mercedes I've already talked about, he's actually got a chance of sticking around. But then you have people like Lewis Brinson, who literally just got cut after hitting .167 with 3 homers in 16 games. Andrew Knapp, former Phillies backup catcher, lasted 3 games. Willie Calhoun, traded for similarly-cut Steven Duggar, lasted four games with 1 hit. Luke Williams, former Phillies outfielder, played some games there before trying Miami. The Giants are trying anybody who's around, and not a ton are working.

I really hope this team looks better next year, but I really think they need to part with some of their older players. Longoria and Belt seem to be done after this year, that helps. I think there's one more year of Crawford, but he's on his last legs. The team really needs its younger stars to develop and truly inherit the team, or else it's gonna be several more years of fumbling through replacement players. And I'm not even sure how many years of that Kapler will be around for.

Coming Tonight: The Orioles may have traded away one killer bullpen piece, but they've got one big one left.