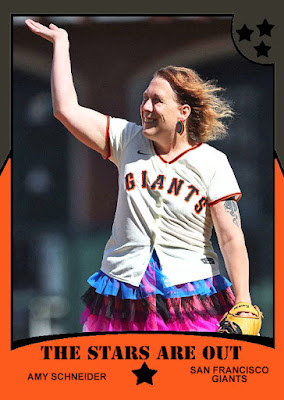 Yeah, because I forgot to do one of these Stars Are Out posts at the beginning of August, a lot of these first pitch customs kind of piled up, so we've got a lot to get through here. Rest assured, lots of cool ones here.
Amy Schneider broke a ton of records on Jeopardy, and is the winningest woman in the show's history [despite Mattea Roach making a run at her tally a few months later]. She's also a SF native, and got to throw out the first pitch during a Giants game. I kinda love seeing Jeopardy champs in this series. I'm honestly shocked Ryan Long hasn't done a Phils game yet, or that Matt Amodio hasn't pretended he likes baseball somewhere. 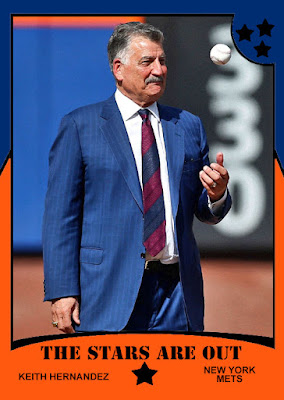 The Mets retired #17 this year, and it was pretty easy to get the player who wore it to Queens, seeing as Keith Hernandez is still a major broadcaster for the Mets. So Keith got his day in the sun, and got in a first pitch as well. I think his stats sync up with a lot of Hall of Famers, but that's a conversation for another day. 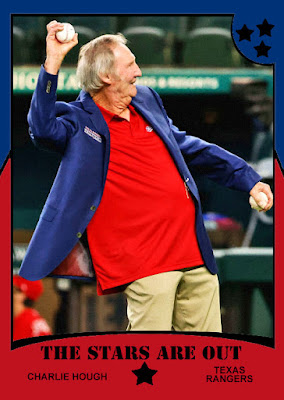 The Rangers got to invite their knuckleballer hero Charlie Hough back to Arlington to throw out a first pitch. Knuckleballers are cool, always have been and always will be. I kinda love that Hough got to pitch into the 90s, even becoming a crucial arm for the early Marlins teams. Looks damn happy to be back, too. 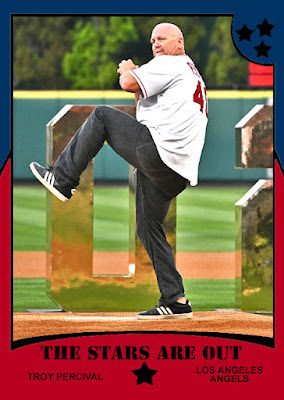 The Angels got to commemorate the 20th anniversary of their World Series team this year, and invited a ton of the key members of that team back, including Troy Glaus, Tim Salmon, David Eckstein, John Lackey and the well-loved Anaheim closer, Troy Percival. I forget just how dominant Percival was on the Angels. Like, the guy averaged 35 saves per year from 1996 to 2004, that's an exceptional run. Glad he got a heroic moment 20 years on. 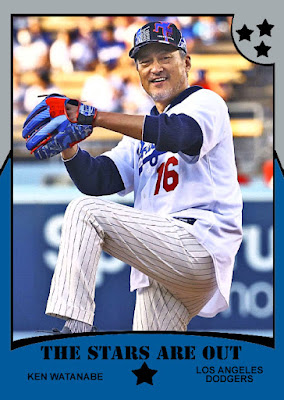 The Dodgers, I forget what the occasion was for it but it must have been cool, had Ken Watanabe, the Japanese actor best known for US work in Inception, Batman Begins, Godzilla and The Last Samurai, throw out a pitch. Honestly a pretty cool get. LA has always been kind to Japanese players, and I think Watanabe respected that when coming over here. 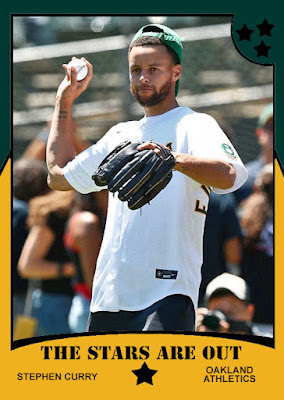 Onto a pretty big one. Uh...the Golden State Warriors won another championship this year. The local Oakland baseball team needed to drum up attendance, and Steph Curry at least is local, so they got him to throw out a pitch at an A's game. I assume this was the loudest the Coliseum had gotten all year. 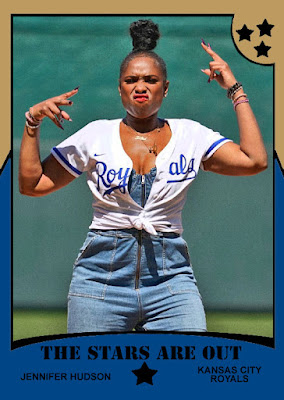 Jennifer Hudson did a couple first pitches this year, I think she also did Boston, but I dunno, she looked really happy to be in Kansas City. Hudson has an Oscar, and pretty much every acting role she has nowadays guarantees her at least a CONVERSATION on a nomination, even if it is something as pitiful as Cats. I'm glad she's secured a nice career for herself, and of course she's still got those pipes. 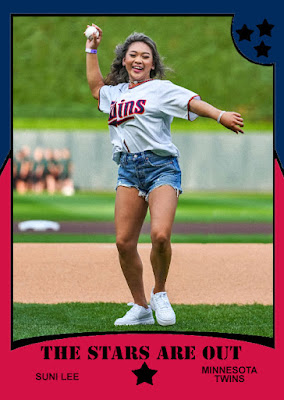 Suni Lee was a major asset for the US gymnastics team in last year's Olympics, and she made a big deal out of just being a regular kid from Minnesota, so the Twins had her throw out a first pitch. That had to be pretty cool. I'm sure the Minneapolis people are really happy for how much she's accomplished even already. 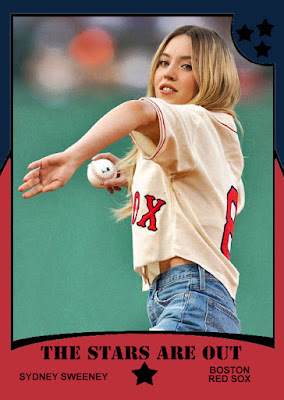 Okay, time for a funny one. Sydney Sweeney is best known for a large role on HBO's wildly depressing high school drama Euphoria. Sweeney, whose family has been in the news a bit lately, got to throw out a first pitch at a Red Sox game. After Sweeney threw out this pitch, the Sox went on a MAJOR losing streak, including dropping 28 runs to Toronto the very night Sweeney showed up. People have gone so far as to say Sweeney has cursed the Red Sox, to which I say...good. 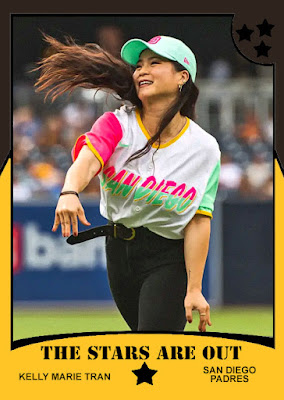 Kelly Marie Tran had a very fun role in Star Wars: The Last Jedi, got some shit from online fans because of dumb reasons, and has leveled that into a fun career in big-budget films. She's also a southern California native, and not only got a home crowd in San Diego, but got to throw out the first pitch in one of those AWESOME San Diego City Connect uniforms. 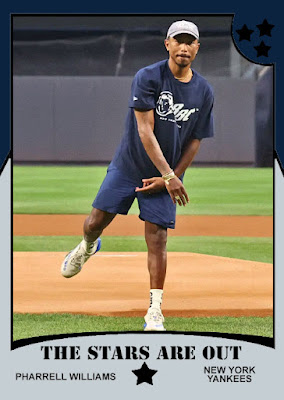 Pharrell Williams, the vocalist best known for his years in N.E.R.D., as well as his solo work soundtracking for kids films, still has enough credibility [I think] to be well recognized in Yankee Stadium. I know it's not 2014 anymore, but he's still Pharrell, and he's still a decent enough name, and the Yankee fans are all about that. 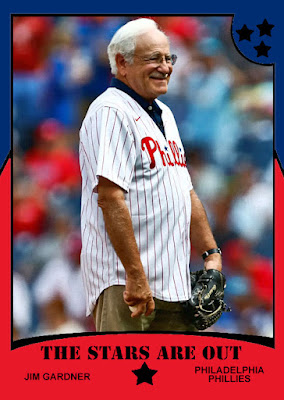 Okay, I'm being selfish with this last one. I'm from the Philly area, Jim Gardner has been the ABC news anchor here for as long as I can remember, he is synonymous with Philadelphia [even shitting on Keith Hernandez on Twitter because he doesn't like calling Phils games], and this is his last year anchoring the nightly news. Everybody loves Jim Gardner, they gave him a warm welcome, and he had a wonderful first pitch at CBP. This is what Philly does for the people who are good at what they do.

I expect there'll be a few more big names this month, and then more team-legacy-friendly first pitches in October.