The Race to be Second to 100 Losses 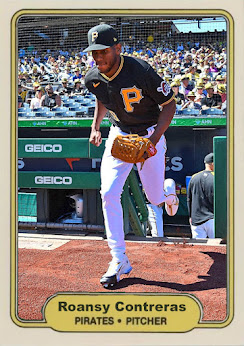 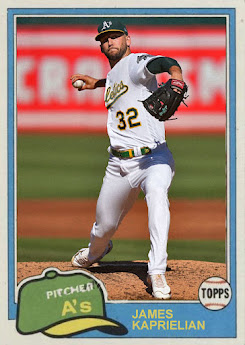 With a little over a week until the regular season wraps up, we already have our first 100-loss team of 2022, as the Washington Nationals just lost their 100th thanks to those pesky Atlanta Braves. Now it's between two teams to see who's gonna be the second to reach the dubious mark. Either it will be the Pittsburgh Pirates, who were once as high as third place in the NL Central this year, or it will be the Oakland Athletics, who were an early frontrunner for the 100-loss mark before a few ghastly winning streaks slowed them down.

Both of these teams have been routinely terrible all year, and both have the roster depth of a team that's been absolutely picked clean. The Pirates, at least, held onto Bryan Reynolds, Ke'Bryan Hayes, Oneil Cruz and J.T. Brubaker all year, but the A's only really had Sean Murphy as a returning star as a ton of others, including Frankie Montas, Elvis Andrus and Jed Lowrie, all left.

At the same time, of the two teams, the A's were able to craft a more comprehensive pitching staff. Though Paul Blackburn has been hurt for a few months, the team still had Cole Irvin, James Kaprielian, and New York imports J.P. Sears and Ken Waldichuk. Even if there have been a lot of disappointing fifth options, led by Adrian Martinez, there's a bunch more people pitching consistently well vs. in Pittsburgh, who have Brubaker, some decent starts from Roansy Contreras, and little else. The A's also have the edge in terms of bullpen, with A.J. Puk, Zack Jackson, Domingo Acevedo and Sam Moll all having nice seasons. Yes, a lot of them are hurt, but hopefully they'll be intact for next year.

Similarly, of the two, the A's are calling up more people right now than Pittsburgh. Right now the A's have rookies like Shea Langeliers, Dermis Garcia, Jordan Diaz, Jonah Bride and Nick Allen playing major roles in this team, and looking to form the next foundation for a competitor. The Pirates, comparatively, have had less luck with recent call-ups, though Luis Ortiz does look like a pretty nice rotation piece.

Right now the Pirates are in the midst of even being taken down by the Reds, and have to play the Cardinals later this week. The A's have to take on the Angels and Mariners this week. I'll say this, if I can't even be sure that the Pirates can win a series against CINCINNATI, that's not a good sign. Even worse, I can see the A's taking a game away from Seattle.

Therefore, I do think the Pirates are gonna get to 100 losses first, though I doubt the A's will be particularly far behind them. Hopefully, both teams will take the steps to ensure that neither team will be anywhere near this dubious mark next year.

Coming Tomorrow- An outfielder who could have been waltzing to October this year, but instead is doing his best in last.