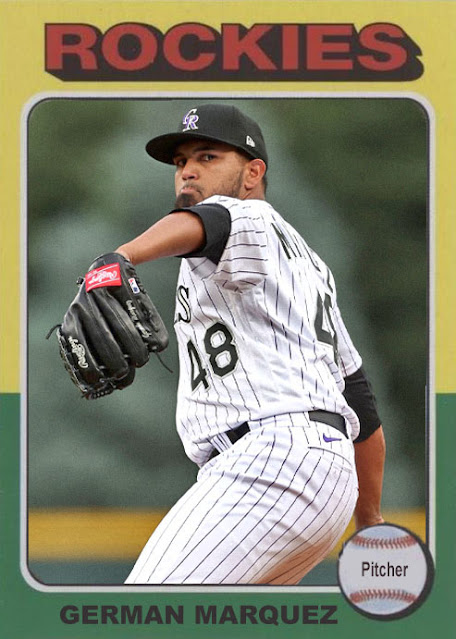 So much for 'we got Kris Bryant so we're gonna compete'.

The Rockies this year were always gonna struggle for 3rd or 4th, but for them to be a 5th place team, cornered by a much younger Diamondbacks team, even WITH Kris Bryant and a re-upped C.J. Cron, has gotta suck. Cause they were putting the work in, they've got people locked up and ready to fight for them, and now without Trevor Story and Jon Gray they've sunk even further.

I just think about German Marquez, who was their reliable ace going into this season, and who always seemed to outdo even the most formidable of Coors Field currents. And how even he's been struggling, has an ERA over 5 and is 8-10. This is the guy that's supposed to hold things down, and in his age-27 season he produces his worst numbers to date. Marquez is locked up for one more year, and I'm assuming he'll put on a tour de force to either boost his free agency case or pitch in a stadium that doesn't bog down his ERA, but this season is very worrying. Marquez used to be this rotation's rock, and now someone like Kyle Freeland, who's good but still a bit unreliable at times, has to take over.

You're also seeing Charlie Blackmon slowly phase himself out in what will possibly be his last season in Denver, and make way for younger pieces like Michael Toglia, who's a lineup piece that could infuriate NL West teams for years to come, and Elehuris Montero, who's just putting some nice contact numbers together himself. Plus, this team has a 35+ year old closer who is one of the most efficient in baseball, and they've got him for two more years. On one hand, this could be a recipe for disaster, as Bard is gonna start pitching his age eventually, but on the other hand, it's security a lot of teams don't have.

I think if Brendan Rodgers, Ryan McMahon and Michael Toglia perhaps stay good, this could be the beginnings of a nice core if the Rockies ever decide to compete again. Only thing is the Dodgers are gonna be good for a while, and the Padres have some stars locked up for a while. Not to mention the D-Backs are still building something great. I'm kinda intrigued to see what their 2023 statement is gonna be.

Coming Tomorrow- A very divisive third baseman for a team that just won't fade into the sunset.