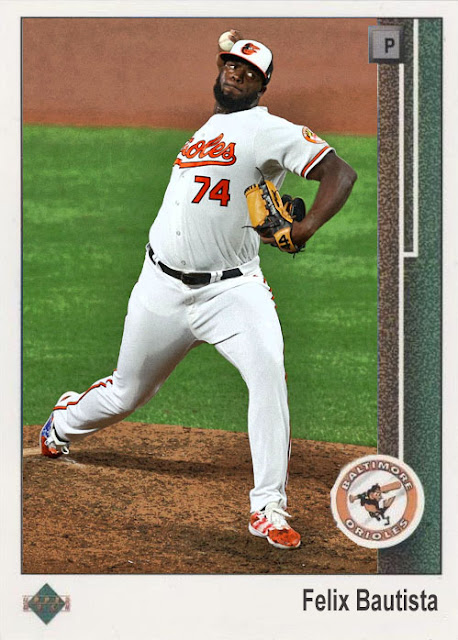 Okay, so, odds are the Orioles aren't making the playoffs this year. As good as they were in August, a playoff spot requires less of a deficit and more of a winning streak than is possible right now, so the O's are gonna have to be okay with simply a winning record and 80ish wins. I do think that'll be alright with them, then. Like, usually they chase 100 losses, so anything else is preferred.

I just checked, and you can tell that baseball is doing away with tanking, because right now 1 team has 100 wins and another team is about to join them, but nobody has 100 losses. Yes, in a few days the Nats might become the first 100 loss team, but typically by this time of year we have a few already. So I guess the efforts made by Manfred to stop tanking and actually try to win have succeeded, judging by the fact that one of those teams that usually lost 100 games, namely the Orioles, are probably gonna finish over .500.

And yeah, even without postseason advancement, the O's have so much to be proud of this year. For one, Adley Rutschman's call-up was a smashing success and helped propel the team forward. So many rookies this year, including Spencer Torkelson, Matthew Liberatore and Kevin Smith, have failed to expound on a major league call-up, and it makes it so refreshing to see Rutschman doing so well in the majors. At the same time, Gunnar Henderson's hitting .324 and ensuring that Rougned Odor's out of a job next year, Terrin Vavra's making a case for the DH position going forward, and D.L. Hall is slowly figuring out his velocity in the majors.

Arguably the most surprising rookie performance of the year has come from Felix Bautista, the 27 year old relief piece who's been phenomenal this year, with a 1.71 ERA, 83 strikeouts and 14 saves in the wake of Jorge Lopez's departure. Bautista has helped revitalized the Baltimore bullpen, which has been strong this year, with great performances from Cionel Perez, Dillon Tate and Keegan Akin. Once again, the O's have mastered a low-budget, young bullpen. The trick will be keeping everyone around.

And even with the starting pitching favoring people like Dean Kremer, Tyler Wells and Kyle Bradish, you still have people like Jordan Lyles who can go 9 innings and hold teams to just 1 run. You still get journeymen like Austin Voth, who couldn't make it work in Washington but has a 2.84 ERA here. Eventually when John Means hopefully gets healthy, there could be a genuinely great rotation on the way, not even beginning to mention the possibility of Grayson Rodriguez up ahead.

The bottom line is that 2022 was the best rebuild year the O's could have possibly asked for. This team could compete as early as next year, and they could be deadly when they do.

Coming Tomorrow- In a team that benefits one-dimensional power hitters, a former defensive asset that now just...hits for power.