Don't Let the Magic Die Out 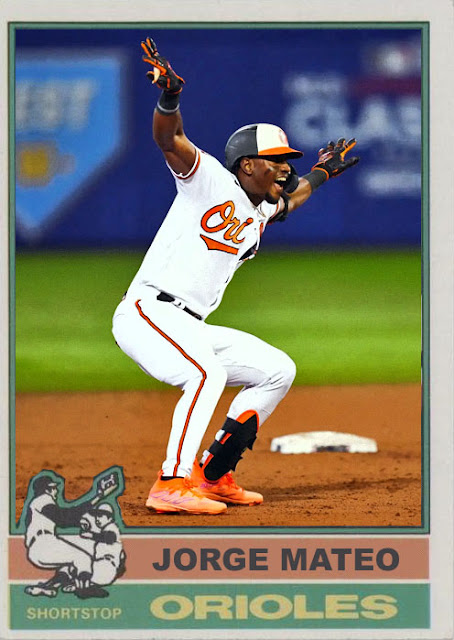 Because the Orioles were forced to start two ill-prepared, weak rotation options on account of A.) facing a double-header and needing a sixth man and B.) losing Jordan Lyles to a late scratch, they've wound up 4.5 games back from Toronto, and considering that these losses came at the hands of Toronto, it's even harder for them to run back up the wild card race, which has now widened from competitors more than it ever has.

But even with this in mind, I don't think the Orioles can be counted out just yet. I mean, we counted them out at the start of the season and then they sprang to 10 games above .500, so there's no use doing it again.

The Orioles not only have cemented their core, thanks to great seasons from Jorge Mateo, Ramon Urias, Ryan Mountcastle, Dean Kremer, Tyler Wells, Cedric Mullins and OF COURSE Adley Rutschman, but you can see them bring up even more prospect favorites. D.L. Hall, while not having a great deal of control so far, is still being eased into the pitching staff. Gunnar Henderson has had an excellent first week in the majors, hitting .316 with 6 hits and that glorious homer. Even Terrin Vavra has been a surprisingly cool bench bat, with 11 hits and 7 RBIs in 25 games. And with the knowledge that all these pieces are up and there's STILL big prospects like Grayson Rodriguez and, eventually, Jackson Holliday, on the way...that's gotta be scary for AL East teams.

It's scary enough having the defensive abilities of Adley Rutschman, Jorge Mateo, Ramon Urias and Cedric Mullins ON ONE TEAM. Mateo alone has been a defensive powerhouse this year, and has been responsible for 150 putouts and 323 assists. He and Urias have made this infield insanely strong, and one can only imagine how much stronger it'll be once they get rid of Rougned Odor and slot in Henderson full time. Plus, Mateo has 30 steals, and Mullins right now has 29 but could very soon join him at 30.

It's impressive how many good stats there are to write about with this Orioles team, and I really hope they can figure out how to squeak into a wild card spot and elevate the story. It will be very difficult, especially with the Mariners, Rays and Jays not looking like they're gonna move, but even if it doesn't happen this year, the O's are making it so that it could happen further down the line.