The Team Where It Happens 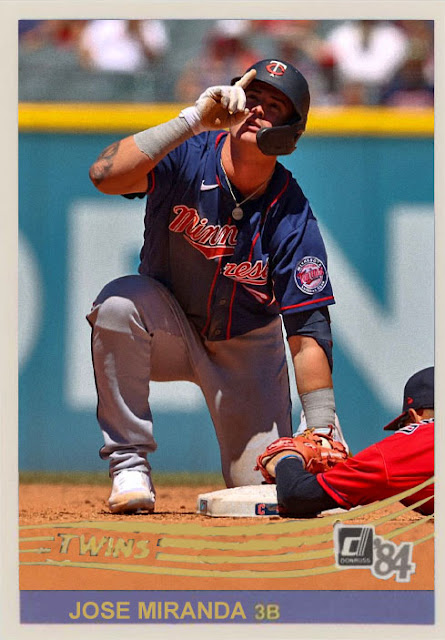 [Yes, I am allowed to make this joke, it's his cousin]

The Twins are an odd team. I feel like they've only been competitive when Byron Buxton has been healthy.

You look around that other teams that have great players and they don't have that issue. The Angels have had Trout and Ohtani healthy and have still failed to compete. The Phillies were able to compete even without Bryce Harper. But the Twins's status as a team to beat seemed to start and end with Byron Buxton. When he was here, the team was in first place. Now they're in third and under .500 and I'm not even sure he'll be back this season.

Look, people are gonna say what they will about the Angels wasting Trout or the Mets wasting deGrom, but Byron Buxton is gonna be 29 next year and the Twins have barely even sniffed a deep rung of the playoffs. Remember, they haven't had a playoff win since 2002 [they beat the Moneyball A's in the ALDS!], and have had so many great Baldelli teams that haven't amounted in anything tangible. It's looking like they're gonna miss the postseason this year as well, and even if Buxton is locked up for a while, a lot of people, such as Carlos Correa, Miguel Sano, Gary Sanchez, Sonny Gray, Chris Archer and possibly more, are gonna be leaving after this season.

The good news is the attempt made this year to replenish the team without completely bottoming out has worked. People like Joe Ryan, Luis Arraez and Nick Gordon have taken larger roles after being also-rans for a bit. Of course, the rookies have been helping as well. Jose Miranda came up as a potential backup corner infield piece and now is doing Miguel Sano's job better than he did, hitting .270 with 15 homers and 64 RBIs. Matt Wallner already has a homer in his first 4 games. Gilberto Celestino has blossomed into an above-average defensive outfielder. Josh Winder and Bailey Ober are both healthy and pitching well in starting spots.

It's obviously not a perfect team, and I'm honestly intrigued how this team will look next year with a lot of these veterans gone. I wanna see who comes into their own and inherits the team. Moreover I wanna see how a lot of the sophomores who spent most of this year injured, like Alex Kirilloff, Trevor Larnach and Ryan Jeffers, do after being activated. There's a lot that could just use a replenished year for this team, and with Baldelli managing, I guess we can't completely count the Twins out.

Coming Tomorrow- A rookie pitcher for a team similarly trying to find its next chapter.