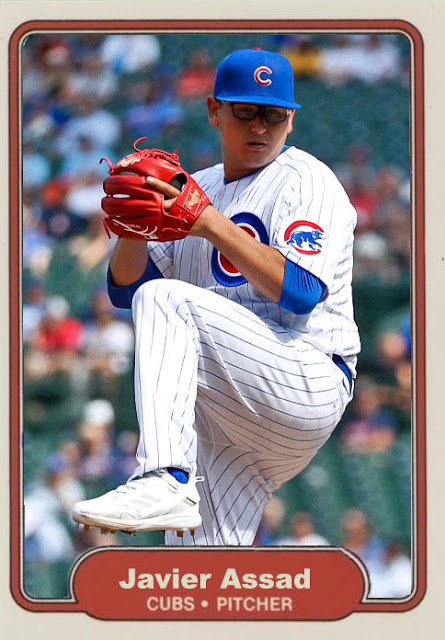 The post-title Cubs rebuild is going in circles. The Cubs have brought up a highly-touted latino fireballer whose name starts with A. We've already done this. In fact, what the hell even happened to Adbert Alzolay anyway?

[...I'm being told he is currently active and pitching in relief. Good on ya, Adbert.]

The Cubs have reached the 'screw it, let the kids play' portion of the season. Because they actually kept the backbone of their team this year, there's less random rookies being thrown in huge roles, and more active progressions. That's why Javier Assad and Hayden Wesneski are starting games and Greg Deichmann is still in the minors. It's not as gratuitous as it was last year. Only the right people are getting shots, and if they blow them, like Caleb Kilian and Matt Swarmer did, they're not just left on just to fill roster spots. Enough people have gotten activated lately, like Wade Miley, David Bote and, yes, Adbert Alzolay, that they're not exactly desperate for starters.

And they at least have people like Nico Hoerner, Willson Contreras, Ian Happ, Marcus Stroman and Justin Steele who are consistent, satisfying, and seem to be sticking around [Happ and Contreras still aren't definitely leaving]. They have something they can build off without feeling around blindly for someone to grab from triple-A. Yes, there are still gaping holes, especially now that Frank Schwindel and Rafael Ortega may not be long term options. And it doesn't help that Contreras is injured for what feels like it could be the rest of the season, but they're better off than they were last year.

Look, even with everything they're putting into place, and even with Javier Assad striking out 21 in 23 innings, I still have no idea what the hell the Cubs are gonna bank on next year. So many long-term pieces, like Kyle Hendricks, Jason Heyward and Alec Mills, were injured for most of the season. I doubt Heyward will be back, and I'm not even sure they're gonna keep Kyle Hendricks on even if he's contracted for one more year. Contreras may be gone, Happ may be gone. It may be up to rookies and replacement players for another year or so, and I don't even know which ones will be the ones they bank on further than one season.

Kind of depressing, honestly. But then again, this is how things felt before Maddon got here. This is just what Cubs baseball is sometimes.

Coming Tonight: A sturdy infielder for a team that, once again, will not be advancing to the postseason.