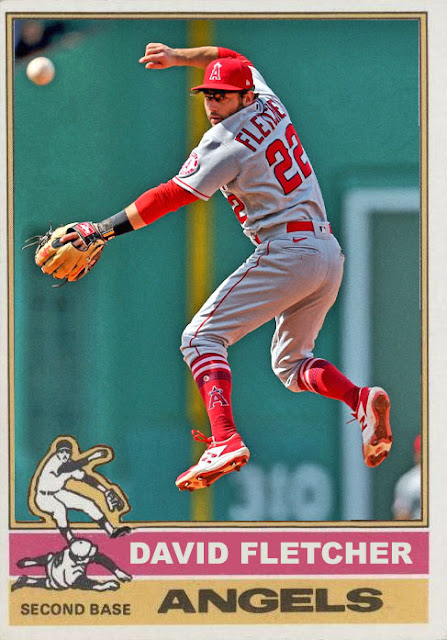 Going into this season, the Angels locked up Raisel Iglesias, and added Noah Syndergaard, Tyler Wade and Archie Bradley. All of these pieces are either gone or inactive. And without them, somehow this team had more problems when they did before they went and got any of them.

I'm not gonna lie and say nothing the Angels did this offseason works. Getting Ryan Tepera, Aaron Loup and Jimmy Herget on the same bullpen has actually worked pretty well. Not THRILLINGLY, but well. Herget has a 0.932 WHIP and a 2.42 ERA. Loup and Tepera, as they did on better teams, are just attacking innings and keeping runs down. Even Jaime Barria has become a pretty decent bullpen piece. So even if there's massive holes in the lineup and too many starters that fell off, they at least had the bullpen work.

I'm also just impressed that Mike Trout, despite missing about a month of playing time, still managed to hit 36 homers and 71 RBIs. Imagine how many he would have had with that month. Maybe Judge wouldn't have been lonely chasing the babe.

I just wish that all of these pieces could be on at once. Like, Trout and Ohtani have been on all year. David Fletcher, after missing a few months with an injury, has been on for the last month and a half. Taylor Ward was truly on in May and never really built on it. Luis Rengifo has been on since August and hopefully can sustain that. Anthony Rendon was actually doing well in April and a bit of June before getting injured. Jared Walsh had 15 homers before getting injured. And where we're at now is that a bunch of people are doing well, but Fletcher's out for a week, and Rendon, Walsh and Andrew Velazquez are all injured for the rest of the year.

It sucks, because this is a great team on paper, but so many people fail to live up to expectations. Jo Adell has yet to truly make an impact in the majors. Jhonathan Diaz, Janson Junk and Griffin Canning all had short-lived moments of glory for the Angels this year. Max Stassi refused to hit for average at all this year. It's hard for a team to really go for it if everybody underperforms except for the marquee guys. Yes, we gave the Yankees shit last month for all slumping except for Judge, but that was for a month. This is like 4 months where it's down to Ohtani and Trout, and it's the second year of this.

The Angels need to find a way to make this team work in the ring rather than just potentially. Because neither of these two are getting any younger and they're not gonna be Angels forever.

Coming Tomorrow- An ex-Angel, ironically, who only did marginally better for himself.