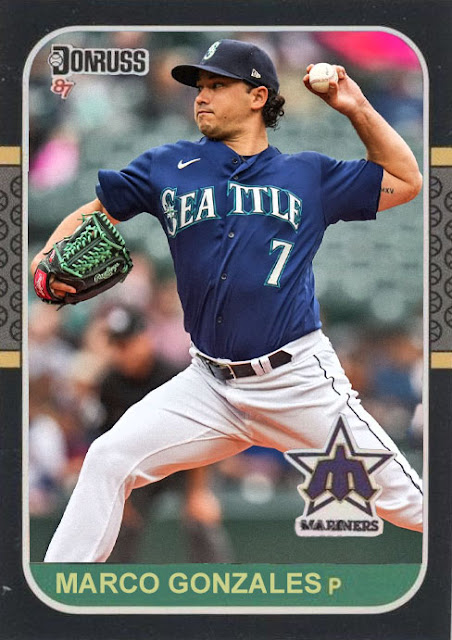 You wanna know why I'm convinced that the Mariners are breaking their 21-year postseason streak this year? Aside from the fact that they're in a great place in the wild card race and have their best team in years?

Well, the Seattle Mariners spend the rest of the season playing teams under .500. The Angels, A's, Rangers, Royals and Tigers. 3 of those teams haven't even won 60 games yet.

Now, on one hand, with a lesser team it'd be an excuse to go 'hey look at all the teams we can beat' and then completely go off the rails and blow this. But with the nearest wild card competitor 4 games behind and falling, and with the only things left to decide in the wild card race being seedings, the Mariners can use the remaining series' of this season to just go crazy. The stakes are kinda low, they're already really a playoff team, and they're just playing for extra points. Only 2 games separate the Mariners from the Blue Jays, currently seeded highest of the wild card teams, and the Jays and Rays have much tougher schedules heading down the stretch. If the Mariners can get some security, move up in the standings and get home field advantage over whichever wild card rival they're handed, that'll give them more of an advantage than they've had in 21 years.

For now, this team can flex.

Yes, this team is coming off a game where Marco Gonzales, who has for years been the rotation's backbone, got absolutely rocked against the Angels. But the best thing about this team is that Gonzales, while still good and working on keeping his ERA below 4, is far and away the weakest pitcher in the rotation. Logan Gilbert, Robbie Ray, George Kirby and Luis Castillo are all pulling much better numbers right now, and Chris Flexen would probably have been a better guy to keep in the rotation. But, again, Gonzales is the legacy guy and at his best he can eat innings and hold down runs, and even with today's game, the team appreciates that.

I am assuming Eugenio Suarez will be back in time for a postseason run, but even without Geno I like this team's chances. Julio, France, Crawford and Raleigh make a pretty strong core, and Carlos Santana has 13 homers as a DH. The bullpen is strong, like usual, and Paul Sewald has warmed up to a closing position. There's lots of bench depth and lots of versatile guys. More people feel ready than ever before, and this is without Kyle Lewis, Evan White or Jarred Kelenic.

The Mariners have a chance to come out strong off the bat in the postseason. Hopefully these last few series can be a good ramp up for them.

SIDENOTE: Blogger has been messing with blogroll stuff. They've picked a bunch of blogs to simply not comply with RSS feeds and drag to the bottom of blogrolls, and mine seems to be one of them on other blogs. Have no idea how to fix the issue, other than just assuming someone at Blogger will eventually fix the bug. Or something. Anyway, thanks to the people who are reading the blog without the help of blogrolls.