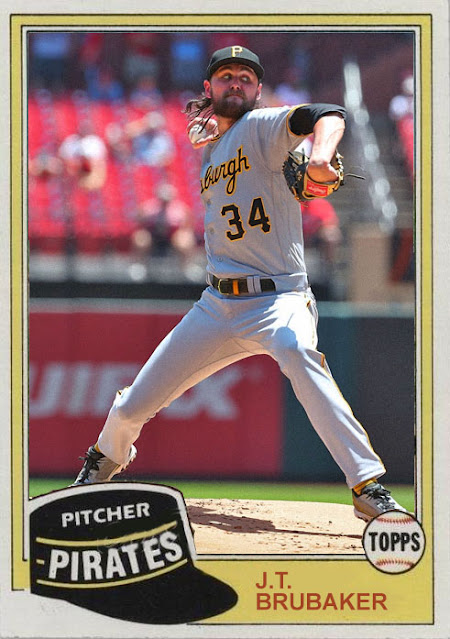 For comparison to the post I put out earlier today, the Pirates have 7 guys with a 1.0 WAR or higher. And only one of them isn't healthy. Pirates > Tigers. Somehow.

Let's see, how do I best describe this latest in the line of losing Pirates teams? Uh...only three players have started more than 100 games. Two of them are, like, the marquee guys, Ke'Bryan Hayes and Bryan Reynolds. And the other one's Michael Chavis, who, while hitting .238, still has the second-most home runs on the team with 14, a mark for which he is tied with rookie Jack Suwinski, who is hitting .201.

And look, let's be clear, the Pirates woes at the plate this year haven't been without a lack of trying. The team was doing really well with Roberto Perez behind the plate, then he got injured and the team has been forced to start either Tyler Heineman or Jason Delay. The team brought up Canaan Smith-Njigba, and he was on the right track, but then he got injured 3 games in and is out til next year. So many interesting prospect options, like Cal Mitchell, Bligh Madris and Diego Castillo, haven't worked in the majors. And even with Oneil Cruz, who's at least fun to watch, they're not getting the complete range of his abilities yet because he's only hitting .226. It's gotta be frustrating.

And then the frustrating part of the pitching is that they've gotten all these pieces to help from other teams, and none of them are. The Marlins gave them Zach Thompson, he's 3-10 with a 5.24 ERA. The Braves gave them Bryse Wilson, he's 2-8 with a 6.11 ERA. The Giants gave them Tyler Beede, he's got a 5.24 ERA and is down from where he was a few years ago. The Cardinals gave them Johan Oviedo, through two starts he has a 7.71 ERA. The Mets gave them Colin Holderman, in 9 games his ERA ballooned to 6.75 and now he's out for a while. And even some of the pitchers who are there, like J.T. Brubaker, who's been a loyal innings eater for the past few seasons, still have a 3-11 record and a 1.428 WHIP. Even the good pitchers like Brubaker and Keller aren't being done many favors.

Eventually this team is going to need to trade Bryan Reynolds, and then things might get worse for a while before they get better. There's so many big pieces being filled by replacement players that I don't see this team competing for a while. And this season hasn't done anything at all to calm worries about the team's direction. They're thankfully not gonna lose 100 games, but they're also not gonna have much to show for themselves, and for Pirates fans, that's not gonna sit well at all.

Coming Tomorrow- Another former Yankee pitcher who's doing way better away from the team that a lot of current Yankee starters.