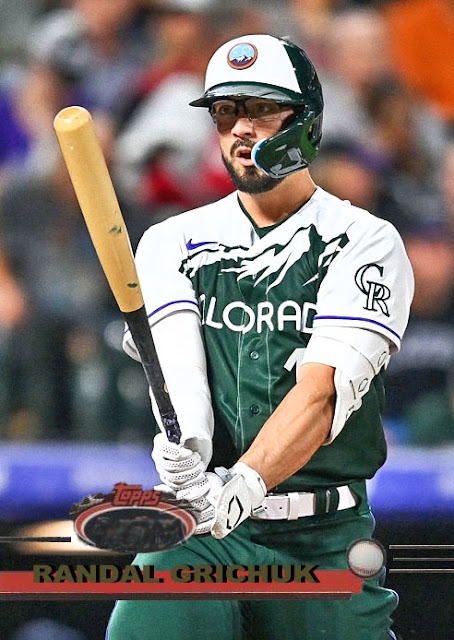 With one move, the Colorado Rockies both made a vow to compete and doomed their entire season at the same time.

The Rockies lost Trevor Story, Raimel Tapia Jon Gray in the offseason. For a lot of teams, that is a cue to rebuild. Yes, there's a lot of pitchers locked up, yes there's some pieces like Ryan McMahon, Brendan Rodgers and C.J. Cron that can tide you over, but at this point you step back, maybe shoot for third or fourth, and rebuild until you can compete again. The thing you DON'T want to do, in that scenario, is leapfrog a whole bunch of teams in the race for a major free agent and decide right there that you're competing.

Now, there does exist a universe where Kris Bryant actually leads the Rockies to some success, but it's probably still not gonna be anything compared to San Diego or LA. Bryant is just one player, and he's had some very okay stuff in between his elite years. So you're already taking a gamble if you're locking him up for several years, but on a more competitive team, Bryant wouldn't be THE make-or-break piece. Hell, he wasn't even the make-or-break piece on the Cubs! So teams like the Giants and Phillies and Mariners who were going after Bryant, that I get, because it wouldn't sink the team if he got injured. But here, Bryant stuck out so much that when he did get injured, the expectations, as well as the reality of the Rockies themselves, could not hold.

I saw the Rockies play in Philly the week Bryant went on the IL the first time. And without Bryant, it's a very okay team. It's people like Connor Joe and Yonathan Daza and mid-30s Charlie Blackmon. Ryan Feltner started that game and he got killed. What did the Rockies think Kris Bryant was gonna enhance?

It just led to a very disappointing and uneven Rockies season after Bryant just stopped being healthy. Lots of people like Randal Grichuk showing up, hitting .262 with 17 homers but 120 strikeouts. That's really how you describe a lot of these guys, just hitting .260 and hitting for power and striking out a bunch of times. Yes, Rodgers and McMahon help a lot, but this isn't a very varied and deep team.

And I'm kinda worried they're gonna try it again. Like, they've got Kris Bryant now, hopefully he's healthy. People are gonna leave. Maybe they try signing somebody else. Hopefully that goes better for them. But man, unless they start locking up some people whose efforts don't diminish after like a year, it's gonna be several more years of this.

Coming Tonight: Hey, the Yankees' rotation is good again! Here's a fireballer of theirs.