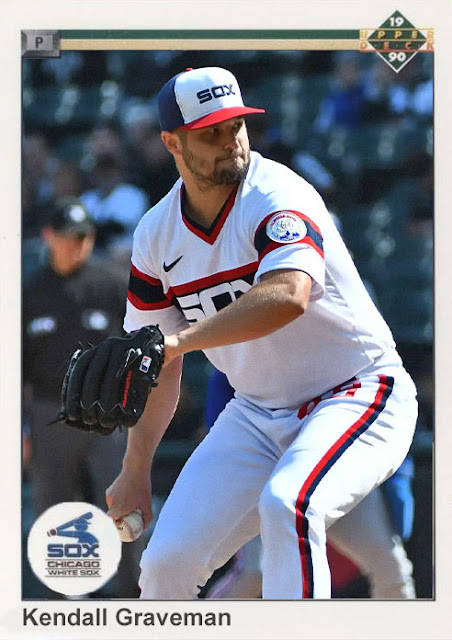 The Chicago White Sox, with less than a month left to go in the regular season, are at exactly .500.

I feel bad for the fans that this team hasn't lived up to expectations. People were looking at the White Sox preseason going 'these guys might be going all the way', and 'look at all these great decisions being made', and it became apparent that even with the improved depth, the new bunch of bullpen pieces and amusing decisions...this team was bound to get in its own way.

Jimenez and Robert lost time to injuries again. Anderson got hurt right in the midst of an all-star season, again. Giolito struggled without tack, again. The depth pieces like Adam Engel and Leury Garcia have had to play major roles in this team, again. It's the wrong kind of cyclical, because while a lot of this was present last year, it didn't stop the White Sox from making the playoffs. It just impeded with their ability to go forward. Now, they can't even get over .500, while the Guardians and Twins both squander chances to stay in first. It's embarrassing.

The injuries have also led to some dire measures from a once-competitive team. Elvis Andrus is now the starting shortstop, and while he's at least hitting .264 with 14 hits in 13 games, he's not good enough to fill the Anderson-sized hole. Adam Haseley has been getting time in the outfield, and just like in Philly he's unsure of whether or not he wants to compete to MLB standards when given the spotlight. Joe Kelly is healthy and the Sox keep giving him chances despite a 7.44 ERA. VINCE VELASQUEZ IS ON THIS TEAM STILL. I don't think it has anything to do with ability anymore, I think it's really just out of necessity.

And at the same time, there are still good performances. Kendall Graveman has a 2.60 ERA this year in middle relief, and while it's not quite as good as his 2021, he's still a trusted relief asset behind Hendriks. Dylan Cease and Johnny Cueto are still having tremendous seasons. Jose Abreu's hitting .309 with 154 hits and 14 homers, and I'm glad he's not relying solely on power this year. And the team has won its last three games.

Coming Tomorrow- Perhaps the most anonymous veteran in the major leagues.