Phils of the Future? 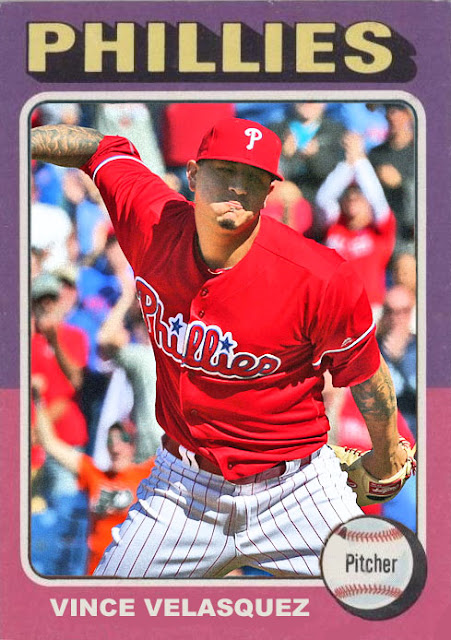 I have no idea how this is happening, but half the team's gotten hot. This is looking like a legitimately sharp squad now, thanks to people like Odubel Herrera, Maikel Franco and Carlos Ruiz playing pretty damn well. It's sort of like a Cinderella situation, where nobody knows when this is going to end, but it obviously can't last forever, so I'm just thankful it's currently happening.

Vince Velasquez' stuff is the weirdest part of this equation. I was on hand to witness Vinny's MLB debut, as a pitcher for Houston against the White Sox. He pitched.....adequately. He wasn't good, bad, spectacular. He was just serviceable. He pitched a few innings, gave up one or two home runs, and was done. I didn't really think anything of it.

And then, a couple months later, the 'Stros trade him to my team for Ken Giles, which...stung...until Giles turned out to be not so great in Houston. Vince has been pretty amazing in Philly, striking out tons of batters and being one of our most impressive pitchers, even in a year when Jeremy Hellickson and Aaron Nola are doing pretty alright.

I'm holding out for the Phillies to be at least palatable this year. I'll be in town this summer, and I want to catch some games, and I'd rather not see really shitty baseball. But this Velasquez business is pretty promising.

Coming Tomorrow- The team that's leading the AL, and the second baseman who's finally delivering.
Posted by Jordan at 9:49 PM