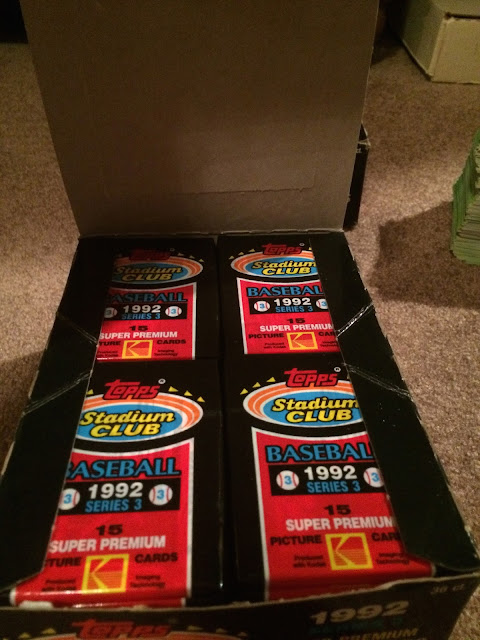 Well, this is the last time you're gonna see me bust a 1992 Stadium Club box on this blog. After this, we tally everything up and see what cards we need from this set (spoiler alert...not many). But first, we have 12 more dupe-filled packs to get through, and hopefully this won't kill my viewership like the last few parts of this. 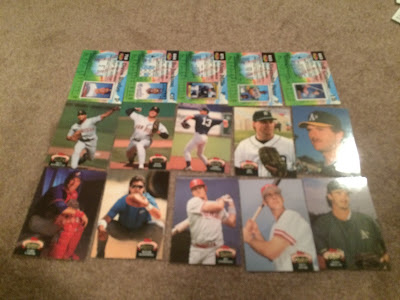 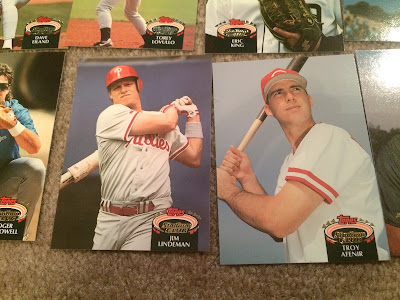 Lindemann's is a great card, as it's a batter's box one and has the right amount of detail. Afenir's is a nice static shot- good sky in the background. 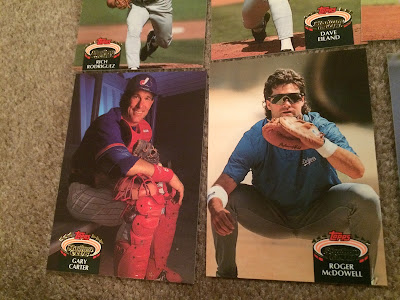 Gary Carter's last season was spent as a member of the Expos, and it was a pretty great sendoff, especially with cards like this. The Roger McDowell is the kind of card Topps has been throwing back to with a lot of photo selections in this year's SC release (esp. the Robin Yount.) 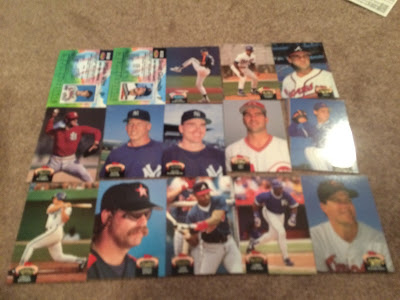 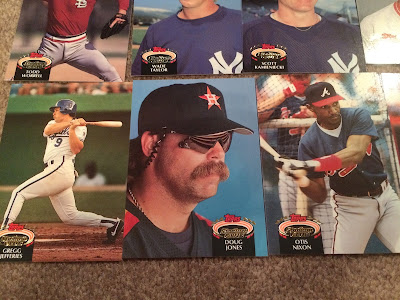 Not a ton of star highlights, but Jefferies' is as close as we're getting. Doug Jones' is a great card, with the sunglasses-mustache-cord combo. 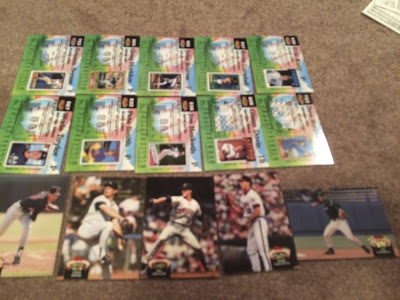 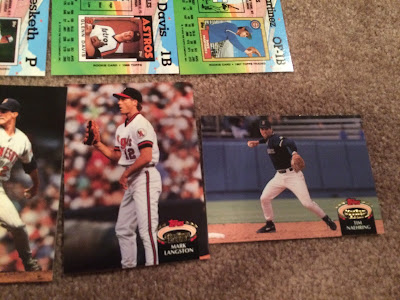 Langston's is a great card, showcasing the last taste of the 80's white-base Angels uniforms. Naehring's is a good one with a great use of the landscape. 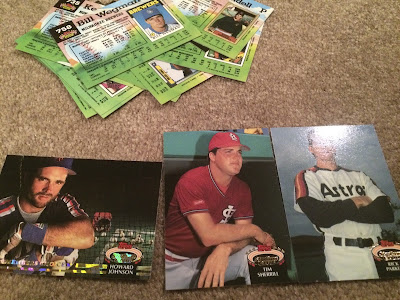 Pack 28- That Awesome Howard Johnson card, as well as those others, are the only ones I needed in this one. 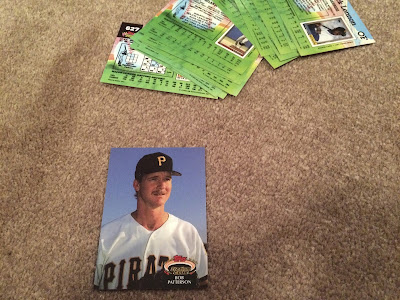 Pack 29- Bob Patterson is the only one I need in this one. Dupes suck, but at least the box is nearly over. 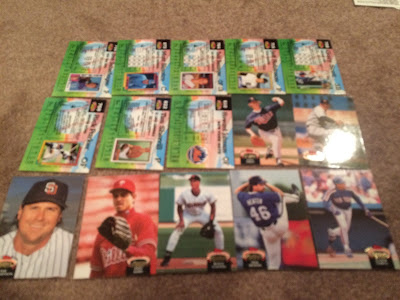 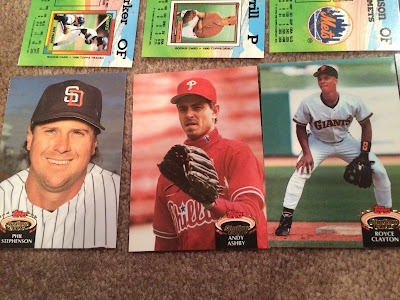 Ashby's is a great one, just for the Phils jacket. Clayton's one of the few ones where he looks young. 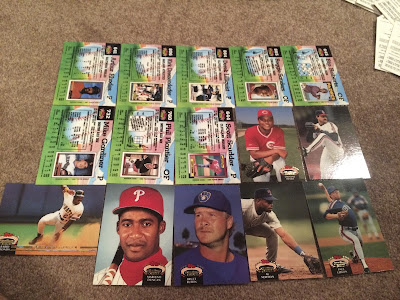 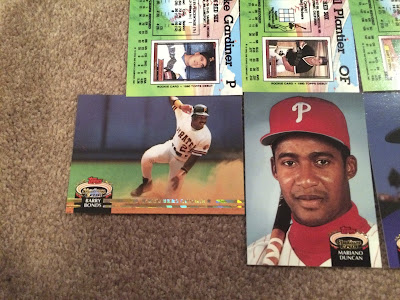 Bonds is our Member's Choice here. Sadly, I don't collect him, so here's a very uncomfortable close-up of Mariano Duncan. 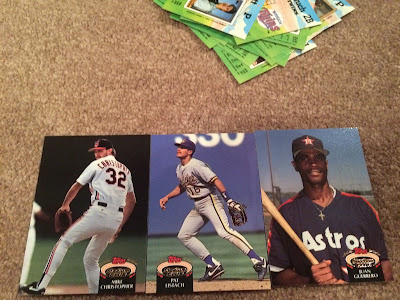 Pack 32- Our only non-dupes in this one. Listach's at least looks kinda cool. 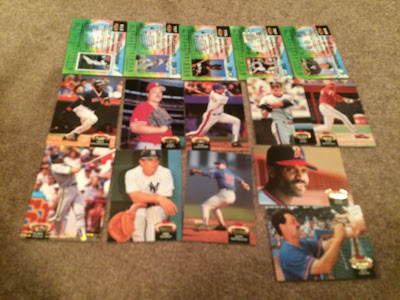 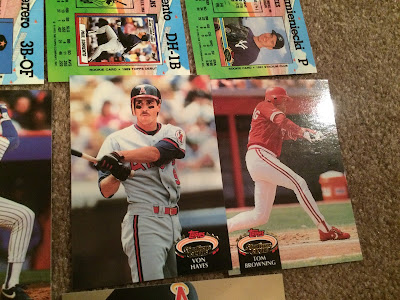 Von Hayes, looking assertive in his Angels uniform, next to a  BATTING Tom Browning. 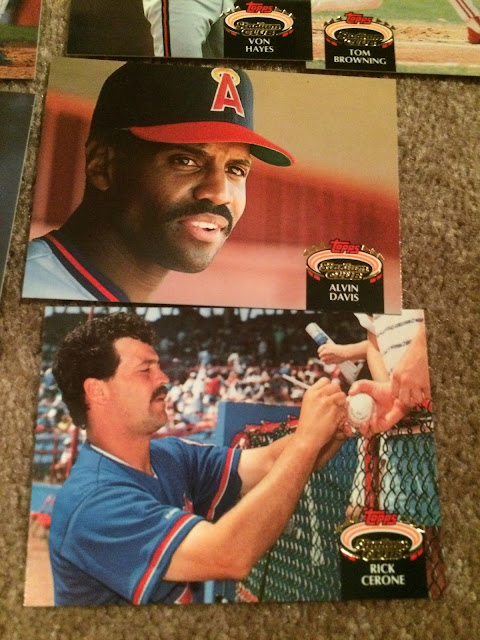 Alvin Davis, also spontaneously an Angel in '92, and Rick Cerone signing some autographs. 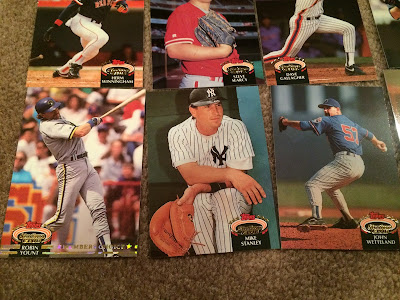 Robin Yount is our Member's Choice (pretty spot on, even for '92), along with Mike Stanley looking pensive and John Wetteland looks sharp. 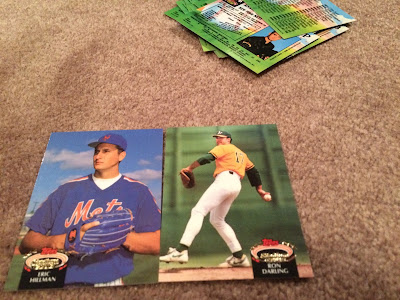 Pack 34- Ron Darling and friend were the only ones I needed. 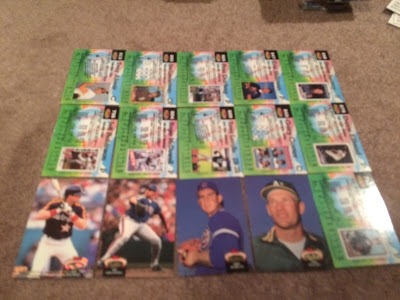 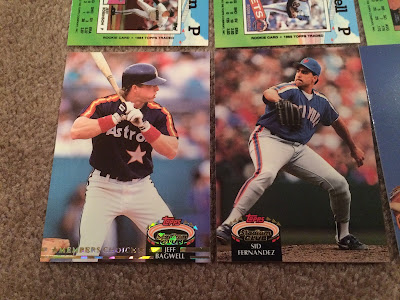 Jeff Bagwell is our last Member's Choice- heck, this is his 2nd year of being in Stadium Club product.
Aaand Sid Fernandez was still a Met. 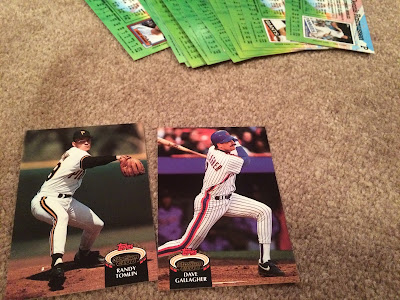 SO. After all this box breaking, there are only 5 CARDS I need from 1992 Topps Stadium Club:

I knock those 5 off, the set's complete, I move on with my life. Still, this was a fun box to rip. Hopefully you guys aren't sick of Stadium Club yet, as I've got one or two things lined up in the near future along those same lines.
Posted by Jordan at 9:49 PM
Labels: 1992, box break, Nostalgic Box Break, Stadium Club, Topps