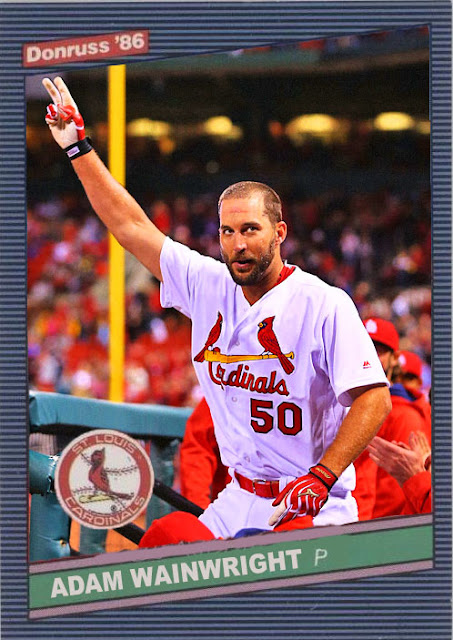 Stats-wise, he's already a legend in St. Louis- he's won 19 games 4 times, has three 200+ strikeout seasons, and has a career 3.06 ERA. The guy's won two World Series titles, one as a closer, and the other as...essentially an absentee.

The sucky part about Wainwright is, at least in the early part of his career, he'd get injured at the most inopportune times. He missed the entire 2011 season with injuries, costing him a chance to start for the World Series winning Cardinals, and he missed the 2015 season, costing them a chance to...well, get to the NLCS like usual.

Heck, he's been doing well enough in 2016, but hasn't gotten to his usual, earth-shattering levels, mainly due to his coming back from the DL. He's still fantastic, but he's not where he usually is by this point in the season, and, likewise, neither are the Cardinals.

Still, Wainwright's a pitcher you want on your team, and hopefully he'll have some terrific seasons in the future.

Coming Tonight- One of the guys who beat Wainwright to a Cy Young...only he's had a lot less good luck in the years since.
Posted by Jordan at 3:57 PM
Labels: Adam Wainwright, Cardinals, Custom Cards