Kenley Jansen is Finally Proving His Worth 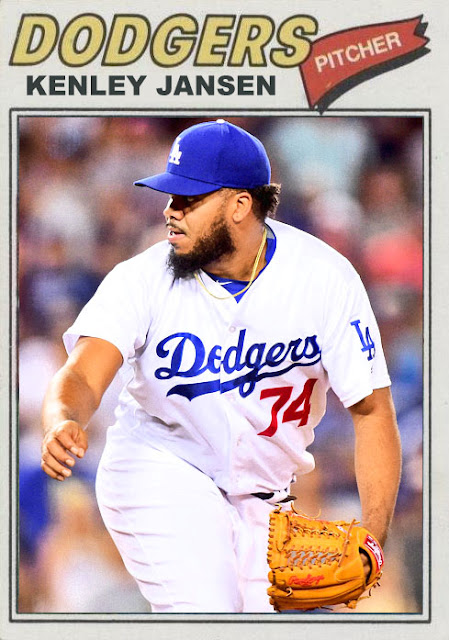 Last year, on this very blog, I compiled a list of who I thought were the 10 best pitchers in the game, devised of people that had been in the league for a while and were still kicking it, or people who were momentarily leading in saves. However, after I made the post I got some heat for not including someone on the list. That someone was Kenley Jansen.

Why I left him off the list, I'm guessing, had to do with his numbers up to July 2015. He'd posted a nice amount of saves per season, but never really set the league on fire, at least statistically.

Of course...NOW I can see why people wanted him on that list. This season, the guy's been pretty phenomenal in the ninth, breaking the record for most saves at Dodger Stadium, and going very high into the league standings for saves. This guy can definitely save games, and he can definitely work a mound, a bit more than I would have thought last year.

Kenley Jansen has EARNED himself an All Star nod, as he's definitely become one of the best overall closers in the NL since the departure of Aroldis Chapman (though he could be back). The Dodgers have gained a ton of steam in the NL this year, even if the Giants have a hold on the division, and Jansen has been a huge part of that, perhaps being one of the few aspects of the pitching staff that isn't sinking currently.

Again, consistency like this is pretty admirable, especially in a year when one of the top up-and-coming closers, Trevor Rosenthal, was demoted halfway through the year, so it's good to see he's still mowing 'em down. I'd love to see him become even more of a fixture, and keep things going for longer.

Coming Tomorrow- With his record, ERA, and his team's momentum, it's kind of shocking that he didn't make the All Star team.
Posted by Jordan at 10:25 PM