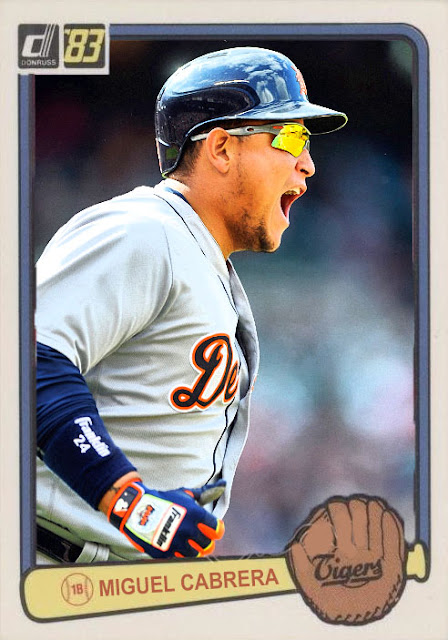 Would not have thought so, but the Tigers have an extreme handle on second place, and are making sure that the Royals aren't moving below them. Especially in a year where their pitching staff, for the most part, isn't up to par.

Still, with a lineup like Detroit's, it's not too bad- Miguel Cabrera is back to pounding the crap out of the ball, and people like Cameron Maybin, Nick Castellanos, Ian Kinsler and Jose Iglesias are all impressing. It's a fine-tuned roster of people a lot of people thought wouldn't fit, and one of them, Justin Upton, has taken longer than we've wanted to really do that.

Cabrera's comeback is an excellent one, especially since he's been comparatively dormant since his double-MVPs in the early half of the decade- he's still one of the best players in baseball, but it's taken him a little bit to fully come back and remind us all of that- his reign in Detroit will be turning 10 next year, and the fact that he's remained consistently excellent for the Tigers for this long is pretty damned impressive.

The Tigers are also one of the teams that, assuming the Indians' stronghold on first sticks around, will likely be in the running for the Wild Card- they do have a TON of details to shore up, but they can definitely be a formidable presence. Still, with the Red Sox, Royals and Astros looming, they'll have to do SOMETHING big.

Coming Tomorrow- One of the best pitchers in baseball with the worst luck in baseball.
Posted by Jordan at 10:58 PM