Jake Arrieta Can Save The Cubs 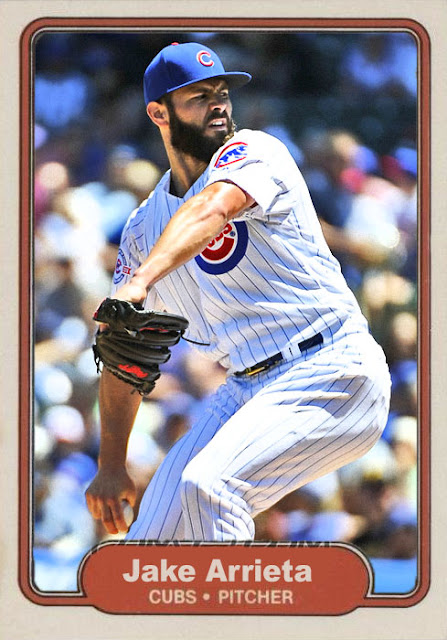 Throughout most of the season, it looked like the Cubs were going to absolutely dominate, with the best lineup, the best pitching, and some amazing wins early on.

Now, it's July, and the other teams have caught up...which isn't the best news for Joe Maddon and the team.

I'm not gonna act like the Cubs are out of it, because they're not, not even by a longshot. Despite the Giants, Nationals and Indians catching up, the Cubs are still one of the best teams in baseball. But what worries me is that the momentum they had early on may be waning. They're beginning to lose some important games to big teams, and they're beginning to let their losses catch up to them- for every great game with a walk off by Anthony Rizzo or something, there's a start blown by Jason Hammel not having potato chips.

The only real constant that's gonna get the Cubs far into the season is, well, Jake Arrieta. He's one of the best pitchers in baseball, he's having a fantastic season, and he very well might be able to carry the Cubs away from the rest of the league.

Again, the game-changers will be a lot of these division match ups, as well as match ups with guys that are also potential playoff threats like the Mets, Dodgers and Cardinals. If they can keep them at bay, as well as building the momentum back up throughout the rest of the season, they will probably be fine. Also, getting back may involve stealing one of the Yankees' relievers, but that's a completely different story.

If Arrieta can give a bunch more amazing starts that the Cubs can rally behind, it could recharge the rest of the rotation, as well as the lineup (Kris Bryant's been striking out a lot lately), and get the team back. And for a guy who'd really love to see the Cubs do great things this season, that's a pretty intriguing prospect.

Coming Tonight- The Astros are still sleeper favorites in the AL West- here's one of their undercover pitching successes.
Posted by Jordan at 10:30 AM