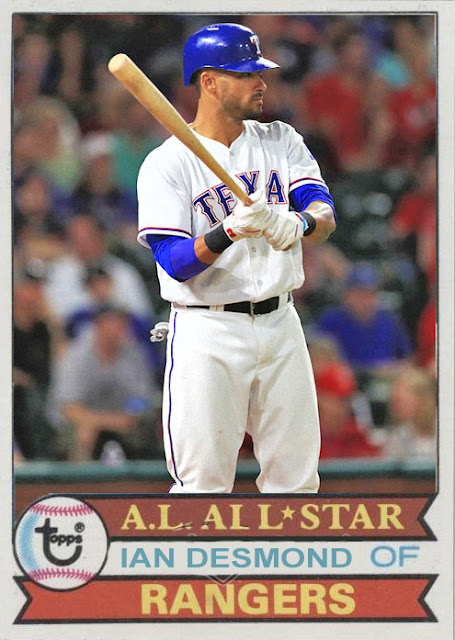 I'd like to remind you all that Ian Desmond was one of the last free agents signed by any team before Spring Training began.

It was kind of sad to watch. All those huge names kept leaving the table and signing places, and Ian Desmond's name still stayed on the free agent list. It was sad because I'd see him excel in Washington, and it was looking like his slightly subpar 2015 season, as well as his strikeout tendencies, was keeping teams from giving the guy a fair look.

By the time the Rangers eventually signed him, and as an outfielder rather than an infielder, I didn't think much of it. I just assumed he'd play a few more seasons and wash out of the league altogether. Because people saw something they didn't like in him after all these years, sad to say.

...I'll admit now that I was wrong. I'm not sure about the other 29 teams, but at least I'm admitting it.

Desmond has had an incredibly high average, a ton of home runs, and has excelled in the outfield spot, as well as his newer spot in the lineup. There's less pressure for him to be part of a mega-infield, or to be part of a Nationals team that does something- with Nomar Mazara and Shin-Soo Choo, Desmond has crafted a cool little makeshift outfield that's gotten quite a bit done so far.

What I didn't expect, even with how good he got, was the MVP claims. People are saying that Desmond's been so amazing this season that if he keeps it up, he'll be in the running for an MVP award. I'm not entirely sure he can go all the way, but he's definitely having a fantastic season, and he's definitely helping this rock-solid Rangers team get further into this season.

Hopefully he'll get a nice amount of playing time tonight, at the All Star Game

Coming Tonight- my usual ASG lineups post.
Posted by Jordan at 8:53 AM