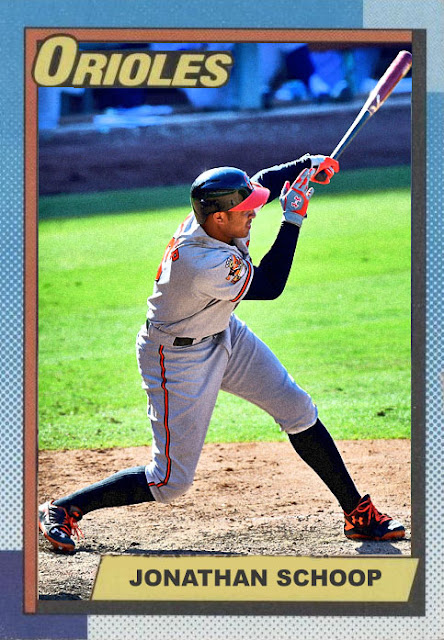 Well, for the umpteenth time this year, the AL East has worked itself into a huge, sprawling tie for first place, with teams that could potentially take hold of the division. Unlike the other few times, this time the Blue Jays are entered into the the mix with the Orioles and Red Sox. And knowing what happened this time last season, when we all thought the Blue Jays had no business being in the conversation, they entered and wouldn't leave.

I think the team that has the best chance of overall success of the three is the Orioles. Almost everyone on the team is playing really well, and people like Jonathan Schoop and Matt Wieters, guys that aren't always the focal point of the team, are powering the team. I mean, obviously they're being lifted by people like Machado, Trumbo and Crush who are hitting a ton of home runs, but when the little guys, the fringe players, are raising hell...you know you're doing something right. Heck, even Chris Tillman, Kevin Gausman and, when he's healthy, Yovani Gallardo are pulling some great stuff out of the rotation.

The Red Sox are in danger of spoiling, because their main threat is hitting for average, and half the team is pulling that off, from the obvious threats like Bogaerts and Jackie Bradley, to guys you've never heard of like Sandy Leon. They have a MONSTER lineup, and they could be dangerous in the postseason. Their main problem is their rotation- yes, Price, Porcello, Pomeranz and Wright are locked in, but there's not a ton of depth, and even Price doesn't have his best stuff this year. They're not all the way there, and might need one or two more tuneups.

The Blue Jays don't have as much going for them as the other two, aside from some surging lineup guys like Michael Saunders, Edwin Encarnacion, and, of course, Josh Donaldson. Heck, the rotation may be the best part of this season, with JA Happ, Marco Estrada, RA Dickey, Marcus Stroman and Aaron Sanchez all doing really well. They don't have a lot of sure things in the roster, but this is the kind of team that can catch fire at the worst possible time, without a rhyme or reason. They can strike regardless of whether or not they deserve it, and that's why they're dangerous.

I'm still pulling for the O's, but it could be a pretty tricky race to the finish.

Coming Tomorrow- One of the greatest hitters in MLB history.
Posted by Jordan at 8:59 PM