Not Entirely Rocky, but Rocky Enough 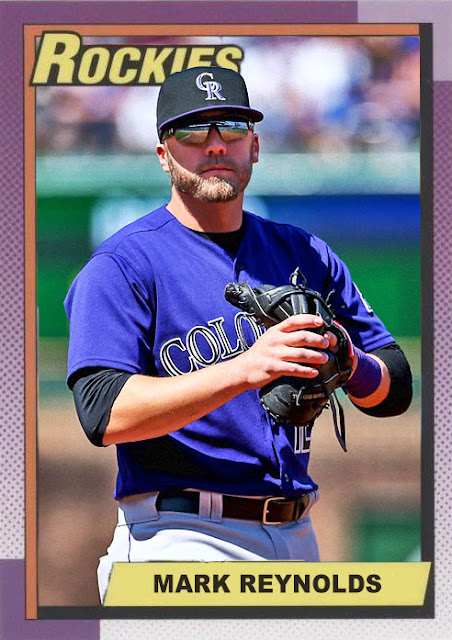 Last year, the Colorado Rockies, despite having a generally nice roster, were in last place, mainly due to their pitching.

I think the Rockies have severely perfected their roster by making very subtle changes. Throwing Mark Reynolds and Trevor Story into the mix have allowed for a smooth, cool little well-hitting infield. The outfield combo of Carlos Gonzalez, Gerardo Parra and Charlie Blackmon, when all three are healthy, has led to some really nice offensive and defensive progress. So, as far as the lineup is concerned, I'm not especially worried- almost everyone is hitting, and not at all scaring me.

This year, in terms of pitching, the Rockies have Jon Gray, Tyler Chatwood and Tyler Anderson with positive accomplishments, which is more than I can say for past years of Rockies' rotations. It's a tough city to be a great pitcher in, but Jon Gray is actually pretty nice, and when these three guys are on, the bloodloss is not as bad.

This is not a perfect team, and they're well under .500, but they're still one of the more impressive teams in the NL West, by being in third basically. Not a lot of this team is falling apart, although the trade deadline could do some serious damage.

Coming Tonight- A veteran pitcher who's finally got his stuff together in Toronto.
Posted by Jordan at 9:11 AM