There Must Always Be a Knuckleballer in Boston 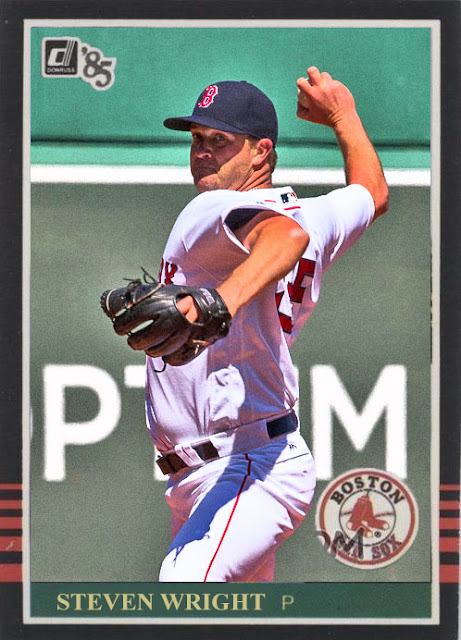 From 1995 to 2011, Tim Wakefield was a solid, consistent, impressive part of the Boston Red Sox rotation, giving effort and impressive outings every year for a decade and a half. He was also, thankfully, a knuckleballer, and this made playing for this long so easy for him.

From 2012 to 2014 something very odd happened. There wasn't a knuckleballer ANYWHERE in the Red Sox' lineup. Oh, the knuckled wasn't dead- R.A. Dickey was still moving mountains with the pitch with the Mets and Blue Jays.

However, in 2015...the Red Sox brought up Steven Wright. And finally, solidarity was brought back to the Sox rotation. Not only was there another knuckleballer present, but it was a pretty damn nice knuckleballer, too.

Steven Wright's been having a pretty nice season, making an All Star team and being one of the top starters on a team that also has David Price on it. He also picked one of the best times to get hot. The Red Sox, while not currently a first place team, have been very hot this year with a killer lineup and some nice guys suddenly getting hot. Pitching is one of their few weak points, but with Wright, Rick Porcello and David Price pitching well (or, in Price's case, well enough), they're not as bad as they could have been.

Steven Wright could be a Red Sock for a little while. Maybe not Wakefield long, but...perhaps relatively long anyway.

Coming Tomorrow- One of the few pitchers in Philadelphia that hasn't completely fallen apart.
Posted by Jordan at 10:51 PM