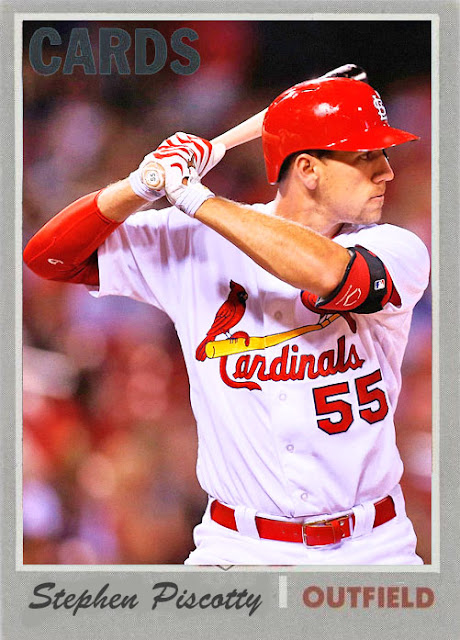 I can't believe I'm saying this, but the 2011 Cardinals were bad enough. We don't need a Cardinals team WORSE than the 2011 ones.

Yes, we had our era of David Freese, Allen Craig and Daniel Descalso....and then our era of Matt Carpenter, Matt Adams and Jason Heyward. NOOOOWWWW...we have people like Stephen Piscotty, Aledmys Diaz, Randal Grichuk and Kolten Wong. The new wave of Infuriatingly Good Cardinals are here, and they're taking over the division.

I mean...not entirely, because the Cubs exist, but...they're certainly TRYING

Stephen Piscotty's having a wonderful sophomore season, and if it weren't for some Matt Carpenter name recognition, he would have gotten an All Star nod. What worries me is that the Cardinals farm system is so good, and HAS BEEN so good, that this whole Cardinals dynasty thing that's going on...might not stop. Even if they're only in 2nd or 3rd this season, they're only gonna keep getting better, on this tradition of great managers and guys that have stuck around.

It's just tough because the Pirates are also trying to compete this season, with a lot of potential themselves, but the Cardinals, with a slightly more well-rounded team, are ahead in the standings. I don't know if this is how it'll BE-BE, but it's been like this for a while.

Piscotty, Diaz and Carpenter are all pretty good, but with people like Matt Holliday, Yadier Molina and Michael Wacha not at usual caliber, they may not have an easy road to October.

Coming Tonight: Newly named All Star, still holding up his team behind the plate.
Posted by Jordan at 8:17 AM