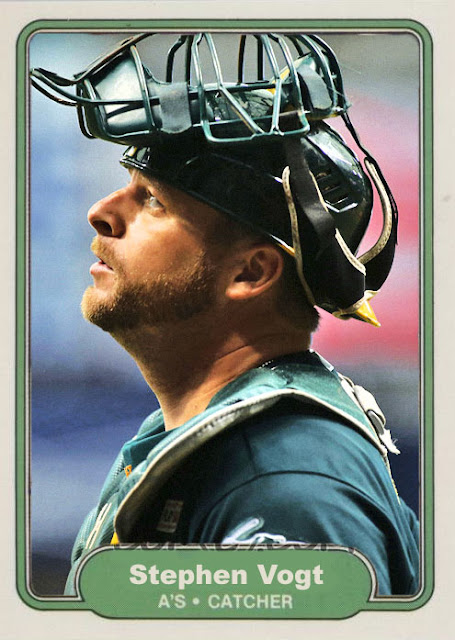 CONGRATS, STEPHEN VOGT! You've made your 2nd All Star Game in a row just by being one of the few guys on the A's who can still hit for average.

That's the thing. Stephen Vogt, when he came up, was doing little things right, all the while everyone around him was being traded or going somewhere else. Once Donaldson, Moss and Cespedes all left, Stephen Vogt was one of the best offensive options...and he made the opportunity count, by leading the RBI charts for most of April and May last year, and making his name as a nice-hitting catcher as well as a nice defensive catcher.

It's sad that most of his team is either not hitting or hitting strictly home runs (and not for average), and even the surefire pitchers like Sonny Gray and Rich Hill are slumping a bit. But look, if you're given a platform to be the best, regardless of the fact that you're one of the only ones who can, you take it.

He's got a nice fan following in Oakland, and he's definitely made a name for himself with this 2nd ASG nomination, probably putting him ahead of his predecessor, Derek Norris. I don't know if he's gonna be able to stay in Oakland for much longer, but if he does, at least the fans will enjoy his stuff.