On the ASG Starters, or Not Too Bad, Guys... 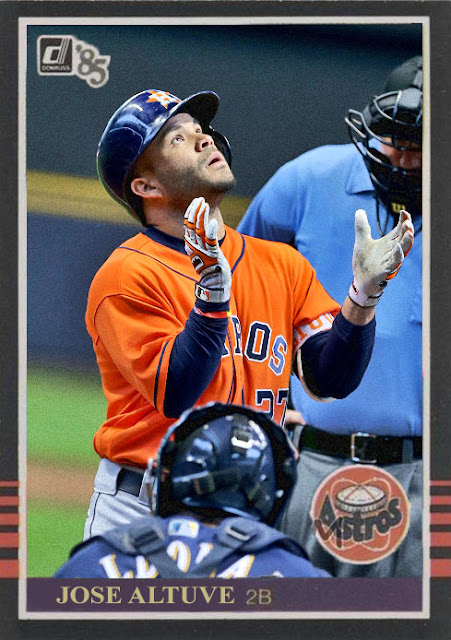 I was actually expecting to spew a lot more venom about these ASG rosters- there's actually a ton they got right, and not TOO MANY what-the-hell-are-they-doing-here inclusions. i'll do what I do every year- go one by one down the roster and figure out whether these guys deserved it.

Starters:
C: Buster Posey: This is the right answer. I think he's definitely having a better season than Yadier Molina, who would have been the other choice.
1B: Anthony Rizzo. Because of course.
2B; Ben Zobrist. He's been phenomenal so far, so yeah.
SS: Addison Russell- perhaps the toughest sell of the four infielders, but still nice.
3B: Kris Bryant- Definitely agreed.
OFs: Yoenis Cespedes, Bryce Harper, Dexter Fowler. All three are well deserved, although Fowler is on the DL and likely won't be able to play, so expect a quick fill-in. Cespedes and Harper are great choices.

Reserves:
C: Jonathan Lucroy. Only Brewer, I think, and the only guy who really deserves it.
C: Wilson Ramos. Not a ton of DC position players, but he at least is KILLING it this year. Happy for him.
1B: Wil Myers. Padres' only nod. Would have had Matt Kemp, but not complaining.
1B: Paul Goldschmidt, because you can't have an All Star team these days without him.
2B: Daniel Murphy. There were only 88 separating him and Zo, so this makes sense.
INF: Matt Carpenter. Yeah, definitely. He might be the only Cardinal, though (HAHAHAHAHA!)
3B: Nolan Arenado. With the season he's having, of course.
SS: Corey Seager, one of the few rookies on the squad. No problems here.
OF: Odubel Herrera. He had a MONSTER game yesterday, so I'm LOVING this pick.
OF: Carlos Gonzalez. Glad to see he's back.
OF: Marcell Ozuna. Comeback story of the year, definitely.
OF: Adam Duvall, who'll be the only Red. I'm sorry, but I would have preferred Jay Bruce.

Pitchers:
Clayton Kershaw, who's injured and won't be able to play.
Jake Arrieta, who better start, or else it's an insane missed opportunity.
Stephen Strasburg. Now that he's back and healthy, this is a given, and it is WELCOME.
Madison Bumgarner, who is questionable (sunday start), but should squeak in (fingers crossed)
Noah Syndergaard who is the (gasp) ONLY METS STARTER ON THE TEAM!!! Still if I'm gonna pick one, it's gonna be Thor.
Johnny Cueto, who definitely deserves it this season.
Jose Fernandez. I was worried about this guy for a few years, so good to see he's got the nod.
Julio Teheran, the only Brave, and the only one worth a damn.
Jon Lester, who definitely deserves the gig.
Jeurys Familia, the best closer in baseball, who would cause some rioting right now if he didn't make it.
Kenley Jansen, who's making the Dodgers happy they didn't get Chapman.
Fernando Rodney, who is the closest thing to a set-up man on the NL roster, and is still semi-deserved.
Mark Melancon, who's somehow the only Pittsburgh Pirate on the roster (though I'm thinking Marte or Polanco will squeak in thanks to Fowler's injury)
A.J. Ramos, who's become a pretty great closer in Miami.

Starters:
C: Salvador Perez, the top vote getter, and the best defensive catcher in baseball.
1B: Eric Hosmer, who deserves the nod, even if there's not a TON of Royals hitters here.
2B: Jose Altuve. I voted for Cano, but Altuve has garnered some serious hit-momentum, even better than his 2014 stuff.
SS: Xander Bogaerts, one of the men Red Sox on the squad.
3B: Manny Machado. Some serious improvement in his stuff over the last few years.
DH: David Ortiz. No, seriously, who the hell else was gonna get the DH spot???
OFs: Mike Trout, Jackie Bradley and Mookie Betts. Trout is an absolute given, because...he's Mike Trout. Bradley and Betts are in because of some hardcore fast-voting Red Sox fans. Not to say they don't deserve it.

Reserves:
C: Matt Wieters. Honestly, this shocks me. Yes, he's having his best season in years, but I never would have called his inclusion. Happy for him, though.
C: Stephen Vogt. 2nd year in a row. Thanks to injuries, he gets the spot Rich Hill would have gotten.
1B: Miguel Cabrera. I admit it- he's back, and he's not going away anytime soon.
2B: Robinson Cano, who SHOULD BE starting.
3B: Josh Donaldson. Yeah, he warrants an inclusion just from existing.
SS: Francisco Lindor. He spontaneously brought his team back from the dead, so he deserves it, though I'm pretty mad not too many other hitters made it in.
SS: Eduardo Nunez, who will be the Twins' only inclusion, over Joe Mauer, because the world has gone mad.
DH; Edwin Encarnacion, because with the season Ortiz is having, 2nd place should get a trophy too.
OF: Carlos Beltran. DAMN. RIGHT.
OF: Ian Desmond. I'm surprised about the lack of Rangers hitters on the roster- no Beltre, Odor, Andrus or Mazara, but Desmond's inclusion is fine.
OF: Mark Trumbo. Yeah, he deserves it.

Pitchers:
Chris Sale. Our starter, most likely.
Danny Salazar: Yeah, not a ton of Indians starters, either, but Salazar is enough.
Cole Hamels. He's given up a few too many runs for my liking, but I'm glad he's in, though it would have been Colby Lewis had he not gotten injured.
Marco Estrada. With the season he's having, I guess so.
Steven Wright. Good to have a knuckleballer on the squad, even if it's an inexplicable one.
Dellin Betances. This is his THIRD ASG appearance. Way to go Betances.
Alex Colome. Alright, I guess he deserves it. Sad that he's the only Ray.
Brad Brach. I don't think Ned Yost should have included this many middle relievers, despite whether or not they deserved it. There are little to no starters, and WAY TOO MANY middle relievers and closers. Brach is alright, but...he shouldn't be here.
Zach Britton. THAT is more like it. That I can see.
Wade Davis, who is injured and will be replaced, and ether be replaced by a damn starter.
Kelvin Herrera, another 'okay' Middle Reliever. I don't care if he's Neds. This is also his 2nd nod.
Craig Kimbrel. THERE'S a closer who deserves it.
Andrew Miller. 2/3rds of the Yankee behemoth is on tab here. No Chapman, but he's honestly not as great as the other two here.
Will Harris. Yet another middle reliever. If the pitching is a huge problem for the AL team, it's because there are too many middle relievers and not enough starters.

Other than some Ned Yost issues, and a few very odd inclusions, these are, generally, pretty nice rosters. Hopefully these will shape into better ones, and not deteriorate over time thanks to sunday pitchers dropping out.
Posted by Jordan at 8:28 PM
Labels: 2016, All Star Game, Jose Altuve