Who is Adam Duvall and How Has He Hit So Many Home Runs??? 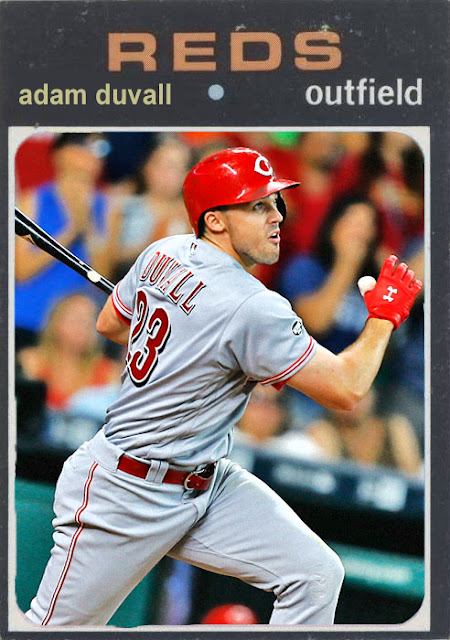 Alright. Before the Reds fans, many of the same ones who came with info back in 2010 when I titled a post 'Who is Travis Wood, and How is He No Hitting my Phillies???', I'll say that I do know a little bit about Adam Duvall- he's, for the most part, a rookie this year, and he's been absolutely BONKERS at the plate so far this season.

I'm just confused as to how he spontaneously sprang up in April and has been one of the main talking points in Cincinnati ever since. THAT part...even the Reds fans might not know. Because he came out of NOWHERE.

Look, I'll say that this is the kind of publicity the Reds NEED. Last year, the Reds gave away Johnny Cueto, Mike Leake, Aroldis Chapman and Todd Frazier, some of the main pieces of the teams that were contenders in the early part of the decade. The guys they have left, especially Jay Bruce, are susceptible to being traded to teams that are actually going to be good this year.

Adam Duvall's job, which is pretty fantastic, is to take a team that's pretty much a sad story this year, and make them into a fun little team that doesn't win every day, but still has some talent and home-run hitters hidden beneath the mountains of lost potential. If Duvall can not only stay on the Reds past 2016, but stay relevant AND hot in years other than 2016, then the Reds will have a chance to build themselves back up.

All they need is someone like Anthony Rizzo, who could be a centerpiece to build a great team around- Duvall could be that guy.

But first, let's see how he does in tomorrow night's Home Run Derby...

Coming Tonight- One of the hottest players in the AL right now is...a former NL infielder???
Posted by Jordan at 7:44 AM