The Most Astonishing All-Star is Wilson Ramos 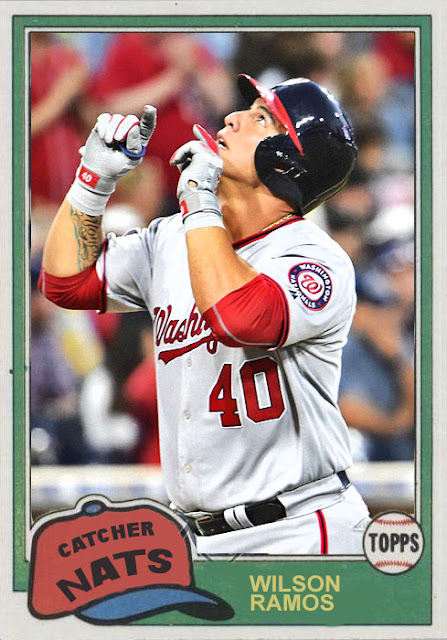 I never would have thought that Wilson Ramos, who worked primarily as a defensive catcher for most of his career, would have the offensive season he's having in 2016. I'm absolutely overjoyed for him, and I'm equally overjoyed that he gets to be an All Star.

Look, the Nationals, of course, are a very bat-heavy team. Between Bryce Harper, Jayson Werth and Danny Espinosa, the Nats aren't exactly thin on big-game hitters. So, the fact that Ramos already has 13 home runs and a .325+ average BLOWS my mind. This is a crowded roster, and it's a roster where almost all of the starters are doing something well. For Wilson Ramos to stand out amidst all that, and amidst Bryce Harper and Daniel Murphy having outstanding seasons, takes serious skill, and serious luck.

The Nationals are doing a lot of impressive stuff with people you never expect much out of, and their current stronghold on the NL East is thanks in part to their roster depth, their flexibility, and the sheer amount of talent that's NOT ONLY been packed into the roster, but is continuing to stay HOT throughout the season.

This Wilson Ramos thing is just the cherry on top- the Nationals are for real this year, and they could be a huge-time spoiler going into the playoffs.

Coming Tomorrow- He wasn't originally supposed to be an All-Star, but his buddy Danny Salazar needed some company, so on he goes. Still one of the best strikeout artists in baseball.
Posted by Jordan at 7:33 PM