Even with Marco Estrada, it's not Toronto's Year 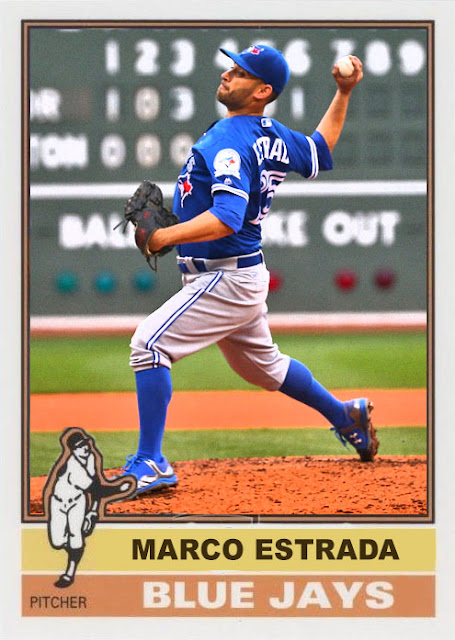 Last year, the Blue jays, at least in my opinion, had no business being unstoppable when they were. Halfway through July they decided 'hey, we're just gonna be amazing now', and the rest of the league kind of went along with it, didn't ask any questions. Hell, the Rockies even HANDED over Troy Tulowitzki.

This season...even the stuff that was working in 2015 is kind of failing them now. With the exception of Josh Donaldson and a SURPRISINGLY FANTASTIC Michael Saunders, as well as some insane pitching from Marco Estrada, J.A. Happ, and Aaron Sanchez...not a whole lot to talk about as far as Toronto is concerned.

Yeah, Edwin Encarnacion's been surging, but he's been doing that midseason so many times that we're all kind of fatigued about it. Tulo's been injured, Russell Martin's been slumping, Kevin Pillar had an amazing start and sort of...plummeted back to Earth, and Jose Bautista is juuuuuust getting back off the DL. The pieces for an insurrection aren't especially in place.

It's also not really their year. I mean, last year the division was sort of waiting for some kind of massive takeover, but here...the Orioles and Red Sox kind of have it locked up. There doesn't especially need to be a third team ruling the roost in here, because we've already got a division winner and a probable Wild Card sitting around there.

The Jays aren't even in the position to be buyers or sellers this week, either. They have no real needs to fill, and no real commodities to give away. Being in third place has kind of doomed them, in a way.  They can't really do anything about it until after the season ends, which, I will say, is kind of sad.

All they can do is keep playing as well as they've been doing, and some nice Marco Estrada starts will probably help that case.

Coming Tonight- A player for one of the worst teams in baseball.
Posted by Jordan at 8:59 AM