The Lamb Lies Down in Arizona 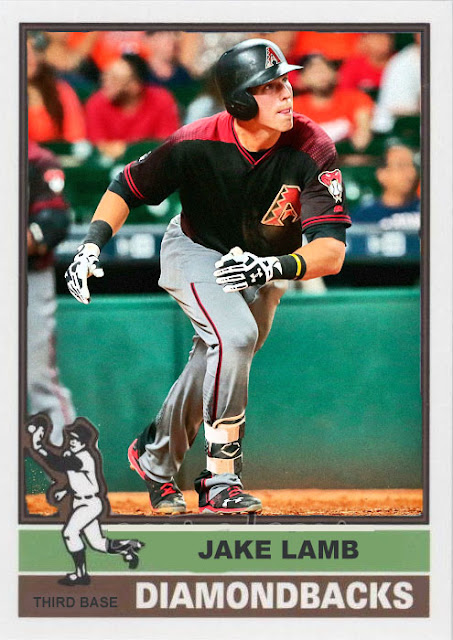 The Diamondbacks, at least in the first half of 2016, haven't been the comeback team we were all hoping- there's a disconnect between the guys who came in and the guys who'd been here. Only Jean Segura has really made an impact as a newcomer, as most of the progress of this squad is coming from the veterans, the guys who've been coming up on this team- Paul Goldschmidt, Chris Owings, Welington Castillo, Robbie Ray. They haven't made a ton of progress, and a lot of their brighter spots are either injured or have been traded, but there are still signs of life.

For instance...Jake Lamb has been absolutely unstoppable this season, with an impressive batting average, and some renegade home runs. This comes out of nowhere, as while Lamb has been a hits guy for the last few seasons, he's never been a huge home run hitter. Right now he has 20. I don't know what kind of gatorade he's been drinking, but it's been doing him well.

Look...the only two guys that have truly been on for the Diamondbacks have been Paul Goldschmidt and Jake Lamb. Zack Greinke's been flirting with it, but his ERA is WAAAY down from last season. This is a team that might have worked if there was more consistency in the lineup, but right now they're not a lot of that, which is sad.

Still, I can see Jake Lamb being a 2nd-half performer, keeping the momentum going.

Coming Tonight- The one reason to talk about my New York Yankees
Posted by Jordan at 4:59 PM