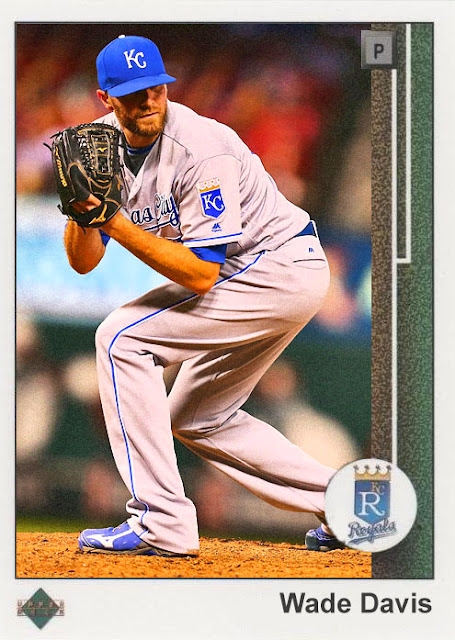 It's very weird. Wade Davis was closing for a World Series champion last year, and now he's in danger of being traded. Baseball is a fickle, merciless game, friends, but...obviously you all know that are you're divulging in its byproducts.

Wade Davis, if it hadn't been for a very conveniently timed injury, would have been one of the three-billion closers dealt this month. The guys that hadn't been able to grab Mark Melancon, Aroldis Chapman or Andrew Miller were probably aching for someone like Davis. I think the injury is stopping the conversations a bit, but...still, Davis should be on notice.

I do find this very weird- the Royals were obviously not going to repeat their 2015 success, but I didn't expect them to completely deflate. There may be one or two pitchers dealt by the Royals, like Edinson Volquez or Joakim Soria or someone. I mean, yeah, the Red Sox ended up dealing a few guys in 2014, but Davis is a pretty indispensable piece, even if Greg Holland suddenly returns to relevancy.

It's just...very weird. Between the Miller deal, the kemp deal, and now the possibility of Wade Davis...it's just been a very weird 24 hours. Forgive me if I'm having trouble keeping up.

Coming Tomorrow- Probably someone else that will have been traded- an infielder for Cincinnati.
Posted by Jordan at 8:28 PM