Where do the Yankees go from Here? 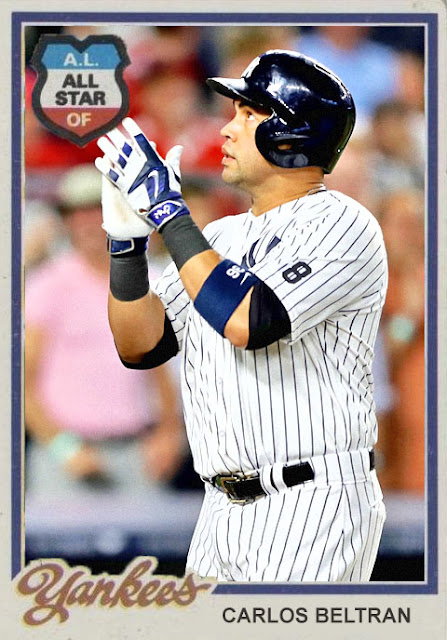 Right now, it's incredibly unlikely that the Yankees are going to anything noteworthy this season, other than ending up in 4th place. So, right about now the management is wondering whether it's worth while to become, for once, sellers at the trade deadline.

Carlos Beltran, who's having an outstanding last hurrah this season, may be one of the guys they let go- he's in his late 30's, and has never won a World Series (though he came rather close in 2013), and maybe they're figuring out that he'd be better on a competitive roster. As much as I've adored Beltran in the Bronx, maybe this would be a good way to restructure the farm system and give us a few guys that WON'T get injured the second they come up.

But the big question is whether they break up the Three Headed Monster in the bullpen. Chapman or Miller could be courted by the Cubs, and it's looking like it's going to be one or the other. I don't see the Yankees dealing both, and right now they have to make the decision as to whether or not ANY of them are going.

I think there's more of a chance of the Yanks giving up Miller- despite how excellent he's been for them, he's only been used in the 8th, and can be a pretty nice closer for the Cubs, if used that way- I do think they'd want to keep Chapman, because...if they Cubs get Chapman, game over man.

They're not gonna give up both, because I don't particularly see them giving the ninth to Betances. And they're certainly not giving up Dylan Judge- that's not happening.

Still...whatever happens to the Yankees by the end of this month, it'll be weird...but it'll be necessary

Coming Tomorrow- In the last two years, he's become a MONSTER in the ninth. Now, he hopes to get his team back to the playoffs.
Posted by Jordan at 8:00 AM