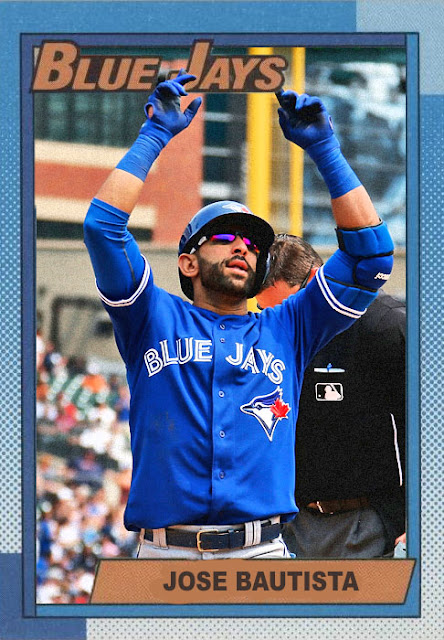 Okay. We get it. You want to be a playoff threat, Blue Jays. You've made this ABUNDANTLY CLEAR. Now...please. Before somebody gets seriously hurt. Stop this.

In case you haven't noticed, the Blue Jays, making as much noise as your average ferret-haired RNC candidate (and that's the closest thing to a political joke you'll ever see me make), are inching their way to the top, and are looking to overtake the Yankees to lead the AL East. They've done a fairly nice job of bashing the living shit out of us over the last few games, and turning a decent start by Ivan Nova into a bat-reeling circus today.

And this strategy is working, as all of the contracts the Jays have overtaken have led to an increasing hold on one of the Wild Card spots. Now, this would be a valiant effort by them if their team wasn't so unfinished.

People are focusing on everybody that's doing their jobs on this team, and there are a lot of them, but the team is still flawed as all hell. Their starting lineup is flawed, and they have a lot of guys, like Ryan Goins and Kevin Pillar, who are too underdeveloped to be playing on a team this cutthroat.

Even worse is the emphasis on people like Dioner Navarro, Chris Colabello and Justin Smoak, neither of which should be starting, and only are because the Jays' only other options are currently back in the minors. This is a messy, unfinished mess of a team, and it's only being carried by the players who are doing extraordinarily well, which is quite a few of them. Mostly guys that have literally just joined the team.

Their pitching staff, while solid, gives up a lot of runs, and doesn't have the lowest average ERA. David Price can only attempt to remedy this. Drew Hutchison has a 10-2 record, but has made a lot of  mistakes, and is not performing the way he was in 2014. Buehrle and Dickey work, but they're aging. Again, all these guys have winning records, but Hutchison is the only strikeout artist here.

The team is flawed, and I don't think anybody on it fully realizes it. So while it's nice that they're hot right now, and beating down on my Yankees 24/7, in no way does it mean they're for real. Sometime soon, everything's gonna come crashing down for the Blue Jays. Just you wait.
Posted by Jordan at 8:51 PM
Labels: a brief tangent about absolutely nothing, Blue Jays, Custom Cards, Jose Bautista, Ranting