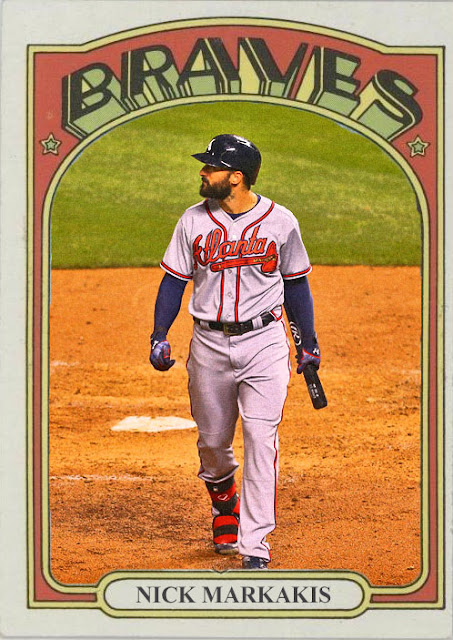 Nick Markakis' 2015 season was one of those where things didn't happen right at the start, but as it went along, things got very big.

Marky has had a really nice couple of months in Atlanta, having a couple hitting streaks and reclaiming some of the numbers he had in Baltimore. While the Braves team is a bit cluttered and injury-prone this year, Marky is very quickly taking a leadership role, in and out of Freeman's DL stays, and is becoming one of the main offensive forces for this team, which needs some sources of offense since losing Jason Heyward and Justin Upton.

Also, aside from Markakis having a nice season, a surprising part of the 2015 has been the fact that the Braves have stayed afloat, instead of dropping like a brick without a lot of their stars. People thought they'd end up in last this season, but since the Marlins and Phillies have underwhelmed this season, the Braves are holding strong in third.

And that's the thing. They're winning games, and the youth they're bringing up, including Adonis Garcia and Jace Peterson, is working. Only problem is, like I said, injuries have been seriously hurting what could have been a borderline-wild-card team. Freddie Freeman and Jason Grilli have been sidelined once or twice, and those two pieces have been carrying this team, too.

Hopefully things will get a little better as the season ends, as well as in 2016.

Coming Tonight- The guy who the Braves gave up this season, who's been having an awesome season, playing for one of the best teams in baseball.
Posted by Jordan at 1:04 PM
Labels: Braves, Custom Cards, Nick Markakis