I didn't think that would work: Braves Edition 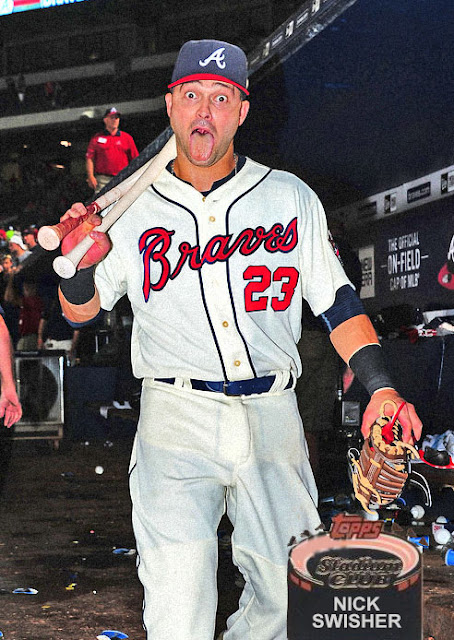 Other times, it's a way of getting the said dump-ees to a place where they can perform a whole lot better than where they were dumped from. And this way of bringing Nick Swisher and Michael Bourn to Atlanta certainly qualifies as one of those kinds of salary dumps, even if it wasn't the intended result.

Michael Bourn and Nick Swisher were sent to the Indians to rejuvenate the team, and be the forerunners for a potential playoff team. The playoff team did nearly happen, but Bourn and Swisher weren't the cause of it. Homegrown people like Jason Kipnis, Corey Kluber and Michael Brantley, as well as Carlos Santana (when he was hitting) paved the way for the playoff run they had back in 2013 (if you can call it that; they lost a wild card and that was their playoff run)

However, since said 2013 season, Swisher's been on-and-off the DL, and Bourn has been the shell of the player he was back with Atlanta and Houston. However, this can't work for very long because we already have a Carl Crawford to fit that category. So something was bound to happen.

The trade that sent Nick Swisher and Michael Bourn to the Braves was a smart one, as it rid the team of Chris Johnson, the guy who'd basically become the team's goat ever since the start of his torrid 2015 season. He's Cleveland's problem now (and God knows they have enough).

So the fact that Nick Swisher managed to drive in a couple hits last night, and helped the Braves get a win over Miami, was a nice sign for a player that the Indians have basically written off. I don't know what this means for the rest of Swisher's tenure in Atlanta, or what it means for Bourn, but I think that it's going to go well for both of them. Right now they're out of the pressure, and they have a lot less to work towards, so if they can just work on having a nice enough end to the season, it'll be nice.
Posted by Jordan at 11:31 AM