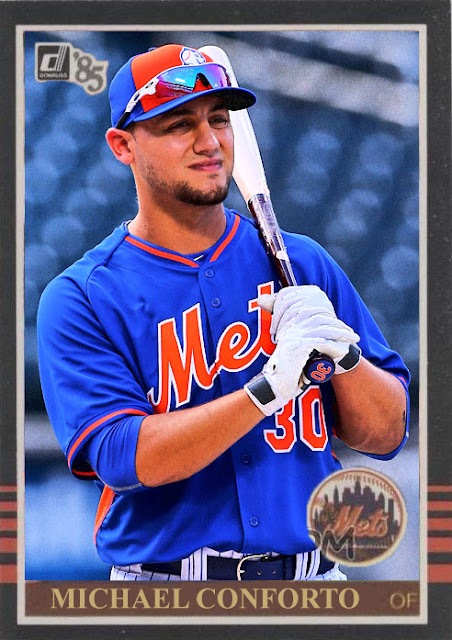 You know...when I went to a Mets game less than a week ago, I had absolutely no clue it would be the start of something huge for that team.

Similar story. I went to a Giants game in 2010, riiiiight as things were coming together for them. Brian Wilson was just growing the beard, Buster Posey was starting every game, and the lineup was squeezing into place. I didn't think in the middle of july 2010 that I would be witnessing the formation of a potential World Series champion.

Now, the Mets are doing something similar- the week after I went, they're taking off. Granderson and Duda are hitting, Uribe and Cespedes are on the team, the pitching staff is solid (even Barty Colon), and they're winning games. Even better, the Nationals are LOSING GAMES. Which means, the potential Mets Playoff Bid that I thought would be nice for the future...could actually happen.

Now, I've been wrong on mid-season bandwagoning before (see: 2013 Philadelphia Phillies), but this team is pretty well put together, especially for a bunch of guys that were counted out back at the beginning. This team has grown in power since their slide in mid-May, and now they're right back in it, with one of the toughest teams in the league, the Washington Nationals.

I have no idea what's gonna happen from here, and that fact excites me. It could go a number of ways, but part of me really wants the Mets to take this one. It would be nice knowing a fun team like this Mets one could be considered a postseason threat for once.

Coming Tomorrow- The Baltimore Orioles have gone to the team that almost went to the World Series to a team in danger of being blocked by an inferior Blue Jays team. Here's their rejuvenated catcher.
Posted by Jordan at 1:00 AM

Labels: Could this seriously be happening?, Custom Cards, It Could Happen, Mets, Michael Conforto