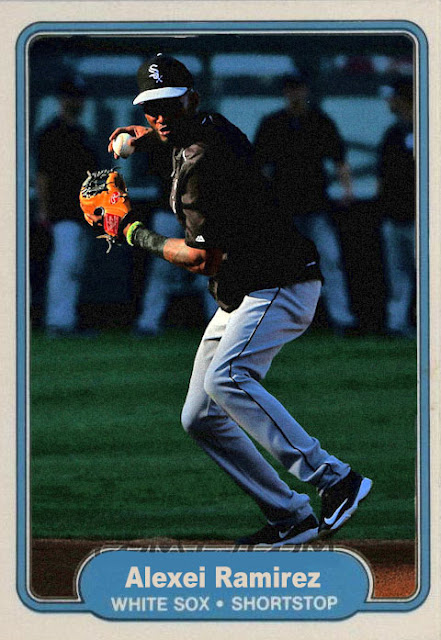 Underneath the shadows on the South Side of Chicago, a threat looms in the distance.

It may look meek...it may look harmless...and it may not get a ton of attendance...but here lies the ground roots for the most powerful threat in the country.

This was a team that didn't get any respect. A team that spent too many years being ridiculed for what they didn't have. A team...that had been watching...waiting...formulating the perfect comeback...retooling the roster...patiently awaiting the right time. A time which is coming very soon.

Oh, they could be beat now. They could be ripped apart. Why? To make those other teams think they had a chance.

It's growing stronger by the second! It's taking over everything you love! And it's closer than you might think!

Coming Next Summer...or the Summer after that...or a summer season that occurs sometime soon after that one...To a Ballpark Near You!
Posted by Jordan at 10:19 PM

Labels: Alexei Ramirez, Custom Cards, If only Don LaFontaine were here to see this, Stream of Consciousness, White Sox