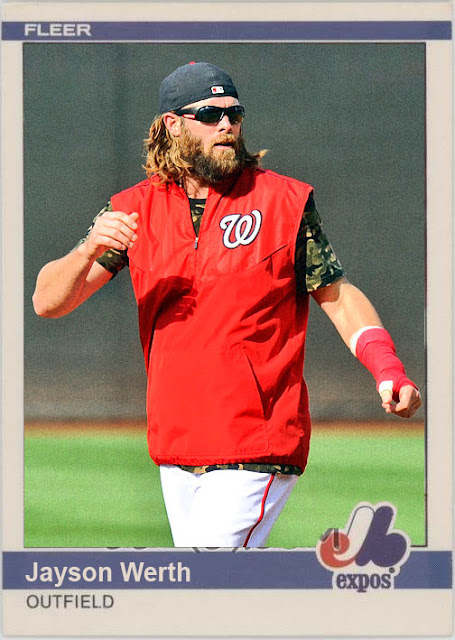 (I made this custom quite early in the season. Like, around the May-June zone. And because of Werth's DL stint, it took this long for me to actually post it. Which is a shame, because this is an amazing custom.)

The Nationals' rise and fall has been an especially sad story, because in the middle of this season this team was so hot, and them half the team got injured and since then they've been in the shit.

Plus, the only real deadline move they made was to get Jonathan Papelbon, which was the wrong choice for them, and he's blown 4 out of 7 of his save opportunities. The opportunity to improve the team passed, and now the Nats are suffering for it.

This season's gonna be a huge reality check for the Nats, because after this season I imagine they're going to drastically change their roster, and make sure the guys that are starting work well enough. I don't think they're gonna do anything else this season, unless something astounding happens. But now that the root of the problems have been revealed, the offseason is going to be about solving them.

Coming Tomorrow- The unofficial leader of the best team in the AL.
Posted by Jordan at 11:23 PM