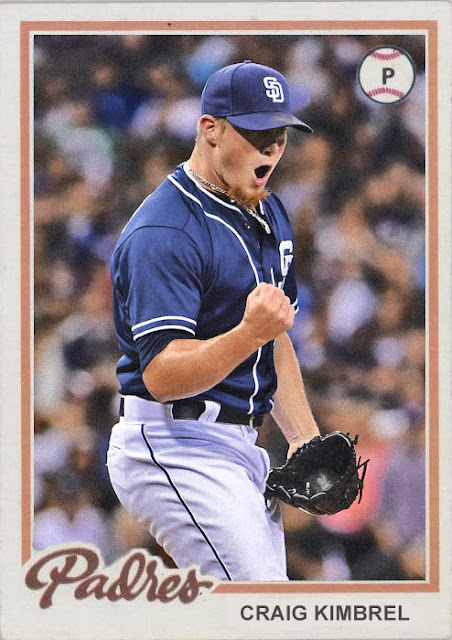 Had the Braves known before the season that things would turn out pretty alright for them in the long run, I don't think they would have traded away Craig Kimbrel. Yeah, they still would have landed Cameron Maybin, but if they knew, they would have thrown Chris Johnson or somebody in instead of Craig Kimbrel. Because Craig Kimbrel landed on the Padres for basically no reason, and is closing games like a pro...for the wrong team.

The Padres made the mistake of stocking up on all these players at the beginning of the season, and not having a good enough foundation to begin with. Plus, the dynamic between the new players and the returning players was definitely off, and there was a large disconnect. the guys they hired to hit weren't hitting, and James Shields is having a modest season, if flawed.

So Craig Kimbrel seems to be the only guy who's doing exactly what they got him for: closing games like an absolute pro.

Right now Kimbrel has 32 saves, tied for 2nd-most in the NL with Jeurys Familia, the breakout closer for the Mets. The two guys tied for first are closers for those ultra-hot NL Central teams. Plus, the only guy who's been closing games since the start of the season with more strikeouts than Kimbrel is Aroldis Chapman (Ken Giles has more too, but he's DQ'd, as he was a middle-reliever before Papelbon left)

Kimbrel is still putting up some nice numbers, and he's still one of the best closers in the game. He just might have to do it for a third-or-fourth place team for a little while, which, granted, he should be used to by now. I don't know if the Padres are going to hold onto Kimbrel, but I imagine he's gonna stay as hot as he has been since his debut.

Coming Tonight: The newly-acquired outfielder for the hotter-than-Houston Astros.
Posted by Jordan at 4:14 PM