Why the Yankees Still Have a Chance 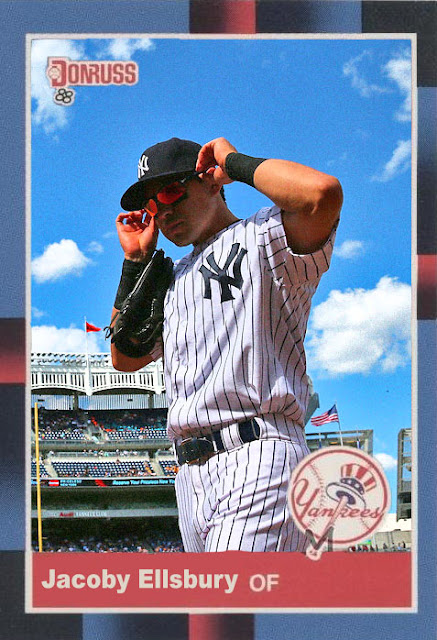 Leave it to a deadline-dealing team to kill the Yankees' momentum.

The Yankees were having a really nice season, with some great performances from even some bench players, and a lot of nice stuff from rookies, most of which are back in the farm system (kind of like the Rangers.) They're at a point where basically everyone is hitting, and the pitching staff is cohesive enough that there aren't too many bad eggs.

Only problem is they started coasting the second the Blue Jays picked up a ton of speed.

The sad part about this whole Toronto thing is that once those new guys started playing well, everybody started playing well. Even the guys who were shit. And it's becoming really, really hard to stop these guys for more than a second. The Phillies, last week, managed to take a win away from them, but they proceeded to win a few more easy series'. Right now they're headed to Anaheim for a few games, which is a lot easier than the Yankees' series against the world-conquering Houston Astros.

However, the tide is beginning to turn for the Yankees. In two days Michael Pineda comes off the DL. Which means there'll be a rotation of Eovaldi-Tanaka-Pineda-Nova-Severino. Imagine if they're all hot. Imagine facing any three of those. The Jays have pitchers you can hit. But these guys? Unless you get really lucky, forget it.

Plus, if your choice at first is Greg Bird or Mark Teixeira, you're doing something really right. I know Tex is injured right now, but the fact that Bird is up there hitting big and giving everyone a taste of the next few years or so? That's pretty classy by the Yanks.

So I'm saying the Yankees aren't out of it yet, because the rest of their schedule is looking pretty bright, and if the players who are hot can stay blazing...we'll be in for a hell of a ride.
Posted by Jordan at 3:41 PM