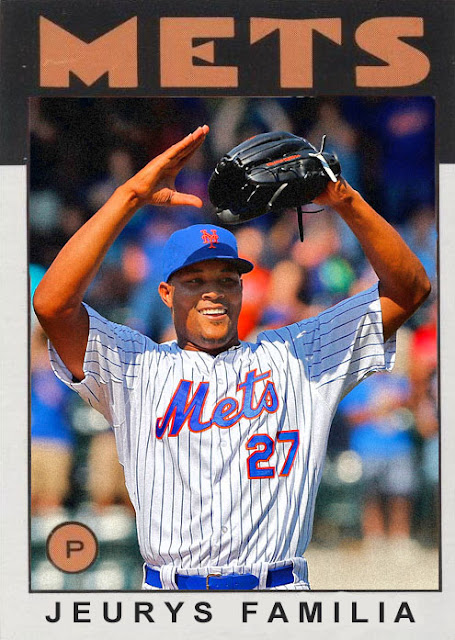 You know, it's gotta be nice being a closer for a winning team.

I don't know how the Mets did it, but they pulled away from the Nationals and sped ahead of the competition in the NL East, using a July-August boost of power on their side. And Jeurys Familia has been absolutely stellar closing games, making the fans forget about Jenrry Mejia. So it's gotta be nice to be Familia right now, because he's been untouchable in the ninth, and he's got the support of the fans.

Heck, this team has got to be doing something for the fan base, who've been pretty nonchalant since around 2007, and they've been waiting for a good squad. I feel bad for them, because they've had a lot of close calls, and a lot of crappy teams, and now, when that team is absolutely killing it, they've got to feel good. I was at CitiField for a game this year, and I saw what the fans were saying, and the optimism mixed in with the cynicism. People knew that there was something going on, that people were getting hot at the right time. People were getting behind the pitching staff.

I just hope the Mets' winning train keeps going a bit longer, because they're a pretty fun team to root for.