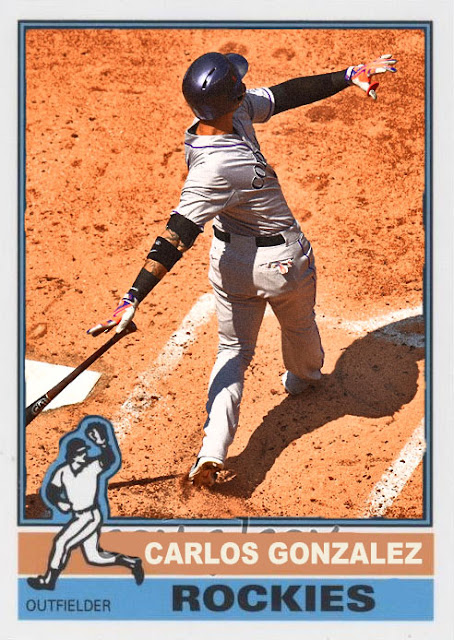 Carlos Gonzalez is a great example of how a great second half can completely turn someone's season around. Because before the All Star break, CarGo was on nobody's radar. Now, the guy's got 30 home runs, and is two away from taking the HR throne from Bryce Harper.

It's funny how many great stories are coming out of Denver this year. CarGo. Nolan Arenado. DJ LeMahieu. The miraculous return of John Axford. Yet, despite all of these breakouts, the team is doing an atrocious job in the NL West, and Walt Weiss is hanging by the seat of his pants. It's partially because they have the shittiest pitching staff in baseball. The only one I've heard of is Jorge de la Rosa, and he's only doing "okay" this season. The pitching is failing, and because of that the offense can't really succeed.

So it's nice that CarGo's having a nice comeback season, because he hasn't really been on anybody's radar in a few years, thanks to a few DL stints. And I think he can take on the Tulo role of the leadership position, being a role model for all the younger players. I just hope that something actually comes of it, because he deserves a lot.

Coming Tomorrow- The most fearsome pitcher in the AL. And of course, he has to be pitching in my division again.
Posted by Jordan at 6:57 PM