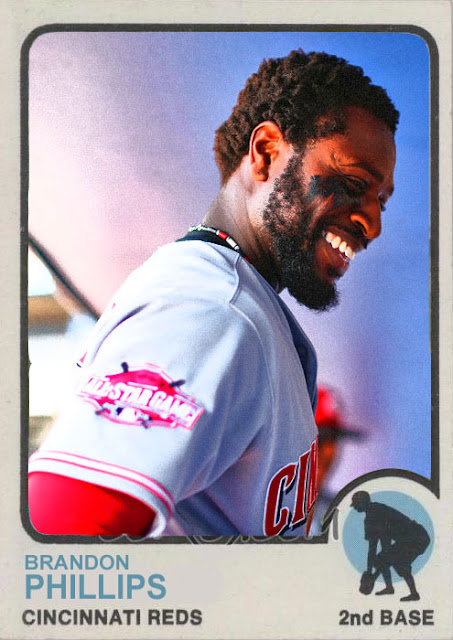 I love character transformations like this. In 2003, when Brandon Phillips came up with Cleveland, he was an inexperienced, unreliable, bad-averaging second baseman, who nobody really thought anything of. It was only when he landed in Cincinnati that he would become one of the most consistent second basemen of the decade so far, and one of the few constants to a rising and falling Reds team.

Brandon Phillips was there in the Ken Griffey-Adam Dunn years, and he's here now, when the lineup mainstays are all the Reds have left, save for Rasiel Iglesias and one or two younger players.

Phillips has done a lot of nice stuff this season, without making too much of a name for himself. He's stuck with the team, doing some nice stuff in terms of average and RBIs, and giving fans something to hope for, other than fourth place.

Only trouble is Phillips is getting older, and the Reds may not know what to do with him in the next few years. So, hopefully when he begins to slow down, hopefully they'll keep him on the roster, and just have him be a Brett Butler type, a veteran who can give the youth something to go by.

Coming Tonight: The Yankees are not to be counted out yet. Here's their hard-hitting catcher.
Posted by Jordan at 7:50 PM