And Now The Rangers Want to Contend... 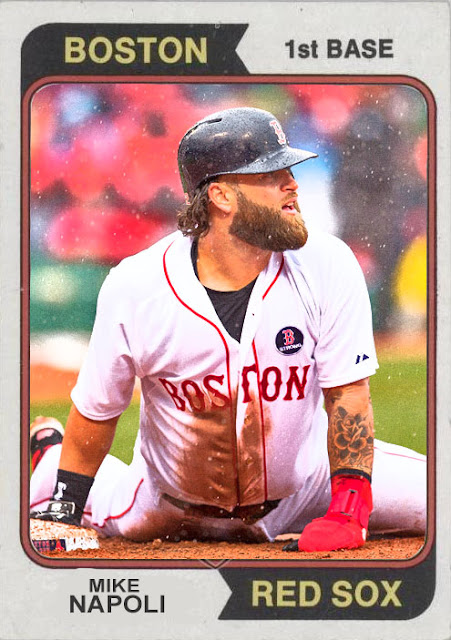 The Rangers needed a first baseman. Mike Napoli needed to get the hell out of Boston. It worked out.

Mike Napoli's arrival back in Arlington marks a significant change in priorities. Now more than ever, the Rangers are playing to get to the playoffs. They have an ace, they have a restructured infield, they have players that can hit, and they have a strong enough outfield. They have a team that can theoretically make it.

However, this wild card race is a tough one. They're up against the Angels, Twins and Blue Jays, and all three of those teams want one of those two spots BADLY. So it's gonna be really tough for the Rangers to stand out, especially given the fact that their pitching staff is still underdeveloped, and a lot of the youth movement is still unreliable.

However, getting Mike Napoli back certainly helps. If him, Hamilton, Fielder, Choo and Beltre are all hitting, you have a postseason nightmare for anybody willing to play them. Given the right circumstances, this team could get hot, REAL SOON. So the Sox handing Napoli over may have been the right move for both teams, ridding one team of a contract, and giving the other a chance.

This is good stuff. The plot keeps thickening.
Posted by Jordan at 10:18 PM