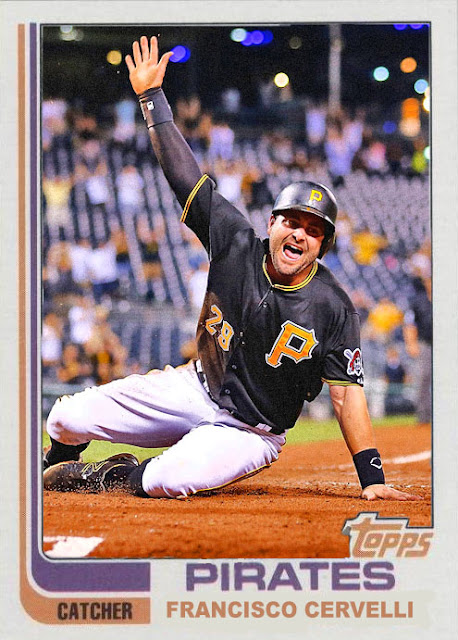 I always felt bad for Francisco Cervelli. The man was brought up as a backup for Jorge Posada, and got a lot of gameplay in the 2010 season, and bits and pieces in other seasons. Once Posada retired, in 2010, the natural inclination was that Cervelli would get the starting job...and then the Yanks signed Russell Martin, rendering the job taken for two years. Once Martin left, the job looked like it was Cervelli's again...until the Yanks signed Brian McCann. And once McCann got good enough that it didn't look like he needed a backup very often, at least not one that wasn't a rookie, Cervelli was traded to Pittsburgh for a reliever.

You'd think the story would get worse. However, it got a hell of a lot better. Because the Pirates needed a starting catcher, and Cervelli was still young, and experienced, enough to outweigh the other options. so Francisco Cervelli became a starting catcher on one of the most formidable rosters in the NL. Plus, he became one of their biggest assets, hitting for average and keeping his reign as a defensive catcher.

So, I could not be happier for Frankie Cervelli, because he's being used, he's having a great season, and so are the Pirates. It's looking like they're a definite for the playoffs, because whether or not they catch up to St. Louis, they're in. Cervelli will get some playing time in October, in some capacity, and maybe his legend, and his staying power, will grow further. A Yankee fan certainly hopes so.

Coming Tomorrow- the first baseman/DH for a team still fighting to stay in the AL Wild Card race.
Posted by Jordan at 11:30 PM