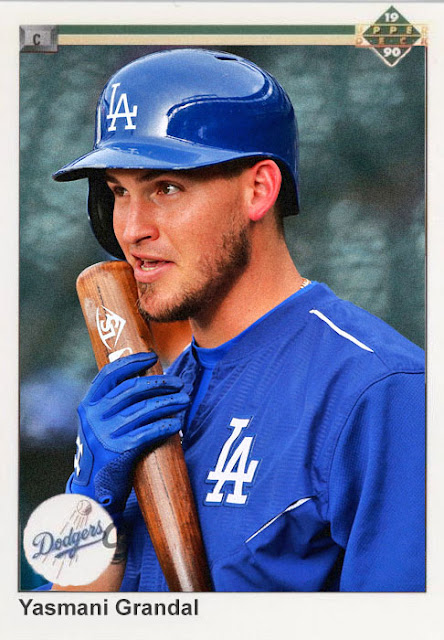 The Dodgers have had some ups and downs this seasons, having some droughts and then getting back up again, and have had some great breakout stars, like Joc Pederson, Justin Turner, and All-Star backstop Yasmani Grandal.

However, the main concern is that they're headed into the bottom half of the season, in a very close race with the San Francisco Giants. We all remember how well this went the last time.

I feel really bad for the Dodgers, because this is a team that has been consistently hot for the past four or five years, and yet has had consistently crappy postseason luck. No matter what kind of season Clayton Kershaw is having, he is most vulnerable in October, and that is the main weakness. The hitters can only do so much when the other team is always hotter.

Which is why the Dodgers need to strike up some MAJOR momentum. Yasiel Puig has the right idea, as he's been smoking the ball since the AS break. Pederson, A-Gon, Ethier and even Grandal need to hop back on their streaks and get going, because I do not want another year of a Giants World Series, especially if it's a Giants-Jays one, which is just as bad as a Cardinals-Jays one.

It would be nice if the Dodgers went on an unstoppable streak that culminates in an explosive postseason for them, for once. I just wish they'd follow through.

Coming Tonight (?): A charter member of one of the worst teams in the AL right now.
Posted by Jordan at 5:05 PM