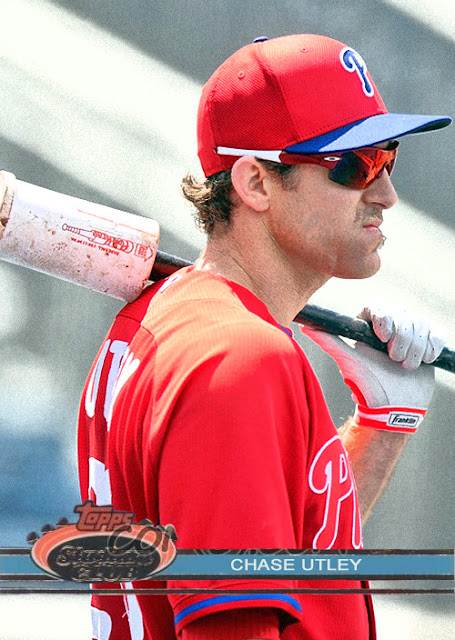 I remember, in 2012, I went to Chase Utley's first game after being on the DL for most of the season. He got up to a standing ovation and had a monster hit that redeemed him from all those games with Freddy Galvis at second.

And now, tonight, I'll be at the first Phillies game after Chase Utley's departure for Los Angeles. It all sort of fits, in a way.

I mean, of course I'm gonna miss Utley. I'm gonna miss him more than I miss Rollins. He was a perfect fit for the Phillies for all of those twelve seasons he was here. And it's gonna suck seeing somebody like Cesar Hernandez playing second for the Phils.

I guess we'll just have to move on. And so, sadly, will the Phillies.
Posted by Jordan at 7:23 PM